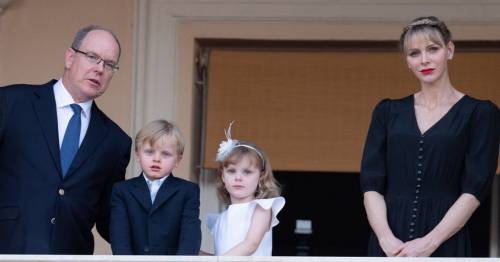 Prince Albert II is reported to have paid his wife Princess Charlene an enormous sum to ensure she fulfils her royal duties.

Charlene previously stepped away from the Monaco limelight, where her husband rules, and spent a year away from her husband and children "suffering from illness".

She returned home in March 2022 after an eight-month break in her native South Africa away from the trials and duties of royal life.

The former Olympic swimmer-turned-princess returned to her duties in April, and French media outlets are now reporting a hefty payment from billionaire Albert to ensure she carries out her role.

With Charlene spending Christmas and the New Year away from her husband and children, rumours swirled the pair were on the rocks.

But Albert insisted she was suffering from and receiving treatment for "physical and mental exhaustion".

How much did Prince Albert pay Princess Charlene?

A whopping sum has reportedly been agreed for Charlene
(

Recent reports claim Prince Albert has agreed to pay his wife £10.2 million a year to continue with royal duties under an "ultra-confidential contract".

Paris magazine Voici reported: "The princess did not return at any price: she would have had her husband sign an ultra-confidential contract. Among the conditions, he will grant her 12 million euros per year."

A source told MailOnline: "Of course the Princess enjoys huge perks, but ready cash is not guaranteed.

"She’s been through a very difficult time, so it would make sense for Charlene to try and secure her own guaranteed income."

Albert and Charlene were married in 2011
(

Despite speculation that arose from Princess Charlene's recent absence from royal life and her break in South Africa, she and Prince Albert remain married.

Speculation about their marriage problems has been frequent, but Charlene told the media she supports her husband.

She told Point de Vue magazine in January 2021: 'When my husband has problems, he tells me about it. I often tell him, 'No matter what, I'm a thousand percent behind you. I'll stand by you whatever you do, in good times or in bad'."

Albert has admitted fathering a love child, Alexandre Grimaldi-Coste – born in 2003 – and he also has daughter Jazmin Grimaldi, born to American Tamara Rotolo in 1992.

Speculation has been rife about Charlene, but she now seems to be back on track when it comes to royal duties
(

The two first met in 2000 but did not get together until 2006. They married in 2011 in a bizarre ceremony just days after Charlene was stopped at the airport, reportedly with a one-way ticket out of Monaco.

The bride was pictured bursting into tears as she recited her nuptial vows.

She is now expected to take part in several royal Monaco events alongside her husband and their children, twins Prince Jacques and Princess Gabriella, born in 2014.

From May 2021, Charlene did not appear alongside Albert at events and in June her foundation revealed she was undergoing treatment for an ear, nose and throat infection.

July 2, the couple's tenth anniversary, was marked by them separately.

Charlene said: "This year will be the first time that I'm not with my husband on our anniversary in July, which is difficult, and it saddens me."

Then came a four-hour operation in August for Charlene (as well another in October), followed by snaps of the family together in South Africa.

She returned to Monaco in November, but became "unwell" shortly after and she was moved to be treated "elsewhere in Europe" following a family intervention.

It wasn't until March this year that Charlene returned to Monaco.

Previous : Russian troops ‘shoot themselves to escape horror of war’, claims surrendered soldier – World News
Next : Carer fell asleep at wheel and crashed killing his elderly mum sitting next to him