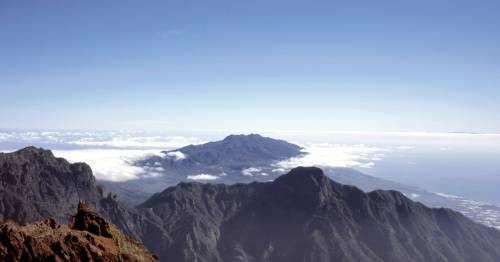 Brits holidaying in La Palma, one of the Canary Islands, have received a yellow warning informing them that a volcano may erupt.

There has been an increase in seismic activity in the La Cumbre Vieja volcano, causing the Spanish Ministry of Public Administrations, Justice and Security to issue a warning.

The Special Plan for Civil Protection and Attention to Volcanic Risk Emergencies has been implemented in the areas of Fuencaliente, Los Llanos de Aridane, El Paso and Mazo.

The island is experiencing the most volcanic activity since 2017, and on this particular occurrence the volcano tends to be the shallowest, meaning that hot magma is slowing rising to the surface.

There have been more than 350 tremors detected since Monday, including 14 quakes of magnitudes above 3.0.
(

La Cumbre Vieja began to show seismic activity on Saturday 11 September at 3.18am.

The National Geographic Institute states “2,935 earthquakes have been detected in the southern area of the island of La Palma, of which a total of 616 " have been located.

There have been more than 350 tremors detected since Monday, including 14 quakes of magnitudes above 3.0 and 226 quakes between 2.0 and 2.9.

At 7am local time this morning, the island experienced the strongest earthquake with a magnitude of 3.5 mbLg.

3.5 mbLG is considered to be a mild earthquake, with 5.3 classed as moderate and 6.3 as strong.

La Palma is the most volcanically active island in the Canaries, with La Cumbre Vieja specifically being considered one of the most eruptive.

It has been 40 years since it last erupted in 1971, which lead to the evacuation of the town of Fuencaliente.

The volcano also erupted in 1949, which lasted for 37 days and resulted in a large crack forming on its surface that was one-and-a-half kilometres in length.

Whilst the situation is being monitored, experts state that it is unlikely that an eruption would cause any significant threat to human life.

The volcano has not erupted in the last 40 years with experts reassuring the public to continue as normal.
(

Nemesio Perez, Director of the Volcanology Institute of the Canaries (INVOLCAN) said on Monday that: “In 80 percent of cases, these processes remain underground and do not result in a volcanic eruption.”

He insisted that people can continue with their day-to-day lives and added: “We’re moving from a situation of normality to one of alert.

“We’re recognising a change in seismic activity and recommending to the population that they pay attention to information issued by the authorities.”

In regards to changing the alert from yellow to green, he said that this was because of an increase in seismic activity which came 5 kilometres closer to ground.

The yellow alert signifies that the volcano is showing signs of elevated unrest, and is the second lowest level. out of five.

Previous : Derek Carr rallies Las Vegas Raiders past Ravens in wild OT win: ‘Hope this is a sign of things to come’
Next : Expert shares why everyone should turn their heating on at the end of October