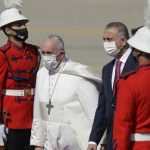 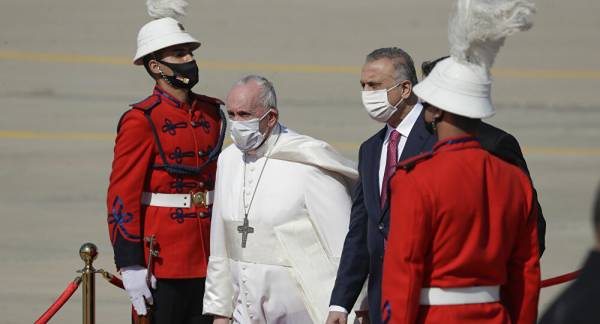 The 84-year-old pope arrived in Iraq on Friday for a historic trip, the first of its kind since the world went into lockdown last spring.

Pope Francis visits Nasiriya for an inter-religious prayer at the ancient Mesopotamian site of Ur, the city mentioned in the Hebrew Bible as the birthplace of the Israelite (Jewish) and Ismaelite (Muslim) patriarch Abraham.

Later in the day, the pontiff is set to return to Baghdad, where he will hold a mass at the Chaldean Cathedral of Saint Joseph.

Earlier in the day, Pope Francis visited the house of Iraq’s top Shiite cleric Ali Sistani in Najaf, which is considered a shrine city in Islam. It is located in Iraq’s south, some 100 miles from Baghdad.

The pope became the first-ever pontiff to visit Abraham’s legendary birthplace; it is thought to be among the oldest cities in recorded history, founded in about 3800 BCE. His visit is described as an act of solidarity with the Christian community and a symbolic outreach to Muslims.