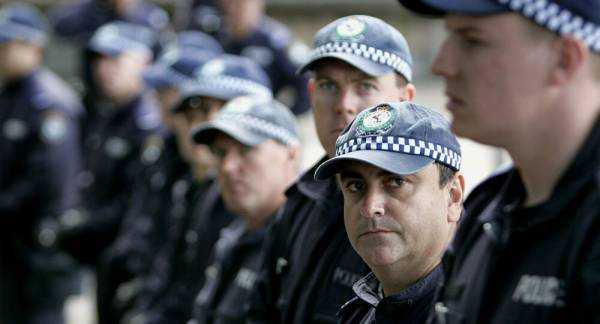 “As you’re all aware, the footage has been circulated widely via social and mainstream media. As a result of that, it has come to the attention of myself, as the region commander and others, and an independent investigation has been commenced by our Professional Standards Command. That investigation will be conducted thoroughly and openly”, Willing remarked, adding that the officer has been placed on restricted duties while the investigation is ongoing.

At a time when social unrest has swept across the United States and the rest of the world after the death of an African-American male in police custody, Willing stated that he was concerned that similar protests could appear in Australia.

Earlier in the day, a video was widely shared on social networks showing a police officer throwing the teenager to the ground during the arrest and threatening further violence. Willing stated that the teenager complained of facial and knee pain after he had been brought to a police station in Surry Hills. The assistant commissioner said that he had seen a video of the arrest and had decided to launch a probe into the incident.

Protests and riots have taken place this past week in many US cities after George Floyd died in the custody of Minneapolis police. A video was published online on 26 May showing a white police officer, Derek Chauvin, kneeling on Floyd’s neck for multiple minutes after the arrest had taken place. Chauvin has since been arrested and charged over Floyd’s death.

Previous : A Tribute to Christo’s Unforgettable Art Works
Next : ‘We’ll Not Back Off’: Chinese Troops Crossed Into Indian Side, Admits India’s Defence Minister