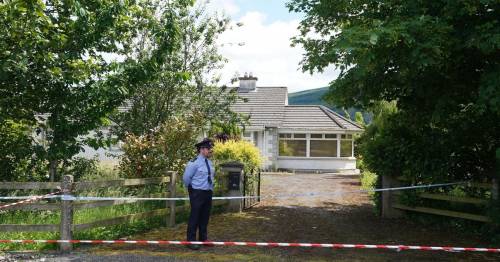 Police have found a clue which may reveal how long a c ouple had lain dead for at their home.

Nicholas and Hilary Smith were found dead in separate rooms in Tipperary, Ireland.

Irish cops did not find any evidence of foul play, but are investigating how the couple died including any possible Covid links with their deaths.

The couple, aged 81 and 79, who were originally from the UK were found in their home.

Gardai found a milk carton in the fridge with a 2020 date which may provide a timeline of the couple's death.

The Irish Mirror reports Mr Smith's body was found in one of the bedrooms while his wife was found in the living room.

Locals had known the couple were due to travel to France at that time and that someone had been asked to cut their grass while they were away.

It's understood post-mortems on the bodies on Tuesday were inconclusive and police now hope to use laboratory and toxicology tests to determine the cause of death because of the condition of the bodies.

Dental records and DNA were used in the identification of the deceased.

Several upset locals in the tight-knit community of Cloneen, have spoken of their shock as they try to come to terms with the double tragedy.

Dental records and DNA were used in the identification of the deceased.
(

“It’s such a shock for everyone. It seems their bodies were there for a long time,” one said.

“They told people they were emigrating to France or somewhere in late 2020 so people were under the assumption they had moved away,” a shocked local told this paper.

“It’s just shocking. It’s awfully sad and everyone is in disbelief, floored and shell-shocked.

Another said: “It’s wicked shocking. Something like this has never happened around here before. I just can’t understand it. Everyone is in shock.”

Nicholas and Hilary Smith were found dead in separate rooms
(

Local councillor and publican of The Thatch pub in the village, Mark Fitzgerald said he too has been left shocked over the couple’s deaths.

“As a local councillor and publican you’d think that you’d know everything but up until this tragic event I never heard of the couple or seen them.

Gardai are also conducting a search of the house for bills, bank statements and food with best before dates to narrow down the date they were last believed to have been alive.

Detectives are also making enquiries as to whether the tragic couple have relatives in the UK and will make efforts to contact them.

Gardai from Clonmel will conduct door-to-door enquiries to try and determine the last known sighting of the couple and have appealed for anyone with information on the couple’s last known movements to contact them.