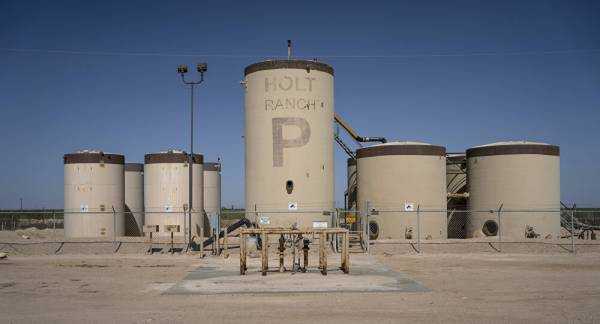 WASHINGTON (Sputnik) – A Texas regulator who had proposed a plan mandating the state reduces oil production by 20 percent amounting to a million barrels per day says the plan has been killed even before it got to a vote, Bloomberg TV reported on Monday.

Texas produces about 5 million barrels of oil per day, the most by any US state. Sitton and two oil drilling companies in the state – Parsley Energy and Pioneer Natural Resources – pushed the plan aggressively amid this year’s crash in crude prices forced by the coronavirus (COVID-19) pandemic.

But the plan was resisted by companies such as ExxonMobil, Chevron, Occidental Petroleum and Marathon Oil. They argued that Texas drillers were on track to cut spending on oil search and drilling by as much as 50 percent this year anyway. Those firms also seemed to have the tacit backing of two other TRC members – Chairman Wayne Christian and Christi Craddick.

US crude prices have fallen more than 65 percent on the year, trading on Tuesday at under $20 per barrel, while Brent, the global benchmark for oil, is down 60 percent at under $27 per barrel.

The International Energy International Agency has said it estimates the COVID-19 pandemic has cost the global oil market some 30 percent of its typical 100 million barrels per day demand.

Previous : Health Agency Projects COVID-19 Cases in US to Soar to 200,000 Per Day By 1 June – Reports
Next : Pentagon Accuses Russia, China of ‘Exploiting’ Coronavirus to Sow Division Between US, Italy