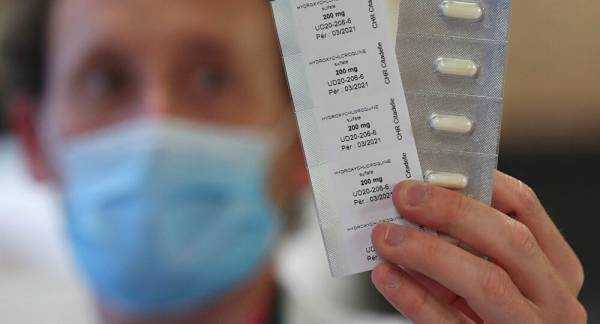 Donald Trump has touted hydroxychloroquine as a treatment against the SARS-CoV-19 coronavirus, despite scant evidence that it helps prevent or fight the disease it causes and warnings from his own health officials that the drug should not be administered outside a hospital or formal clinical trial.

British journalist and presenter Piers Morgan has revealed that his father is taking hydroxychloroquine, a controversial drug Donald Trump says he is using to ward off the coronavirus.

“I was speaking to my parents last night and my dad suddenly pipes up because he’s been on hydroxychloroquine,” he recounted.

Hydroxychloroquine, as well as the closely-related cloroquine, is a drug which is most commonly used to treat malaria and lupus. It is also prescribed to treat arthritis because it helps relieve inflammation, swelling, and joint pain.

HCQ caught the attention of doctors early on in the coronavirus pandemic after two small clinical trials – one in France and another in China – reported that a combination of hydroxychloroquine and the antibiotic azithromycin proved effective for the treatment of COVID-19 patients who didn’t have severe symptoms.

Follow-up research, however, did not support those findings. Another trial in Brazil was cut short after some of the patients who were treated with high-dose chloroquine developed irregular heart rates and 11 of 81 patients died.

In late March, the Food and Drug Administration approved the use of hydroxychloroquine and chloroquine for emergency use to treat a limited number of hospitalised COVID-19 patients.

Donald Trump hyped up HCQ as a “game changer”, although several follow-up observational studies found no conclusive evidence that it helps hospitalised patients. Neither has it been proved that HCQ or choroquine are effective as coronavirus prophylaxis. Clinical trials are currently underway in the US and some other countries.

Shortly after Trump’s admission that he is taking HCQ, he got lambasted by both mainstream media and political opponents for pushing a yet-unproven drug.

Piers Morgan was among the detractors this time around, writing: “People will die because President Trump has once again decided he knows better than the science and medical experts.”

“It’s a disgraceful abuse of his power and position, and a woefully negligent act for any leader to take during the world’s worst health crisis in 100 years.”