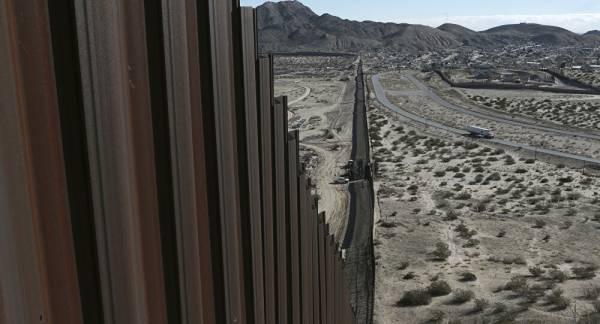 In February, the Pentagon reportedly notified the US Congress of reducing finds allocated for military programmes, in a move that was aimed at contributing to the construction of a southern border wall with Mexico.

Defence Secretary Mark Esper has instructed Pentagon officials to divert hefty military projects in Europe in order to fund the construction of a wall on the US-Mexican border, Bloomberg reports.

The projects pertaining to infrastructure for military aircraft, fuel, munitions, and cargo are part of the so-called European Deterrence Initiative which Washington says is aimed at supporting its allies and hampering Russia’s allegedly growing clout in Europe. Moscow has repeatedly denied plans to attack any NATO member and insists that the alliance is stoking up “Russian threat”-related fears to justify its eastern expansion toward Russia’s borders.

Esper’s request also stipulates a delay in the implementation of projects related to a US naval prison at Guantanamo Bay in Cuba and an air traffic control tower in the Marshall Islands. The total cost of all the aforementioned projects, including those in Europe, is $545 million.

In this context, Bloomberg quoted Pentagon spokesman Chris Sherwood Pentagon as saying that the projects will lose funding on a temporary basis.

The remarks came after the Pentagon reportedly announced plans in February to shift $3.8 billion in military funding to pay for building more miles of the southern border wall.

In a notice sent to Congress at the time, the Pentagon said that the transfer of funds might affect the purchase of new military hardware, such as the V-22 Osprey aircraft, as well as parts for F-35 stealth planes.

Back in 2018, caravans of migrants from Central American countries seeking asylum began moving toward the US through Mexico. The Trump administration described the situation as a “crisis” and vowed to build a wall on the US-Mexican border, a primary campaign pledge during the 2016 presidential race.

Subsequent differences with Democratic lawmakers resulted in a month-long partial shutdown of government agencies. President Donald Trump ended the shutdown in late January 2019, declaring a national emergency at the southern border three weeks later in a move that enabled him to divert military funds toward the wall project.