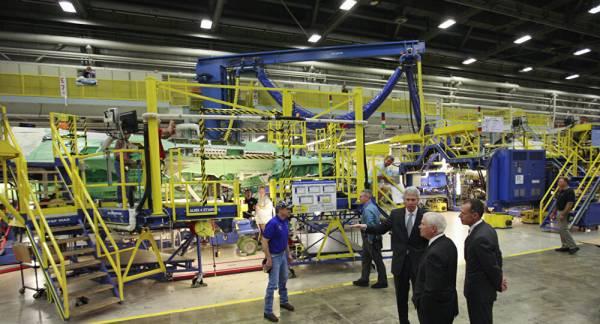 The Pentagon is currently working alongside the US Congress to come up with “statutory tools to intervene” in acquisitions and mergers of American defence firms in a bid to prevent alleged “nefarious practices”.

The US Department of Defence is aware that some of the country’s “adversaries” are seeking to use the current economic situation created by the coronavirus pandemic to acquire some US defence companies, the Pentagon’s top acquisition official, Ellen Lord, has said.

According to the official, the Pentagon is working in concert with Congress to work out ways to prevent such acquisitions as some defence companies are seeking sales or mergers as a way out of economic difficulties. Lord noted that the government is working on introducing “statutory tools to intervene” in situations like this.

Currently, companies that are experiencing financial trouble due to the pandemic have the opportunity to apply for government aid, but so far fewer than 20 defence companies have done so. The lack of interest can be explained by the side obligations that the government aid comes attached with, Ellen Lord explained.

Ellen Lord stressed that in an economic situation like this, it’s important that big, prime contractors who receive money upfront from the government are pushing this money down to their subcontractors instead of withholding it.

Most American “prime” defence contractors, including Lockheed Martin, BAE Systems, General Dynamics, and Northrop Grumman, have already announced plans to push around $856 million in early payments down to their respective subcontractors, which might just save them from bankruptcy or from resorting to sales or mergers.

Previous : FIFA refuses to give up hope on corruption trial related to the 2006 World Cup
Next : WHO Says Assured Coronavirus Natural in Origin, Notes Need for Identifying Natural Host