Out of Control Drone Terrorizes Latvia for Three Straight Days 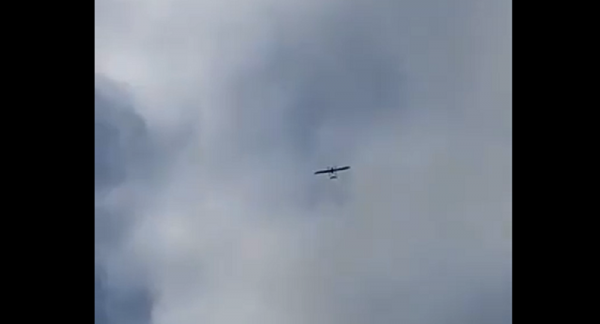 The drama began on Saturday, when the advanced unmanned aerial vehicle disappeared after its control systems malfunctioned and shut off by mistake.

Latvian authorities have called off the search for the advanced drone that was reported missing days ago on Tuesday evening, with the device believed to have run out of fuel, Civil Aviation Agency representative Aivis Vintsevs told Latvian information agency LETA.

According to the official, the missing drone had enough fuel to last until about 7:10 pm local time.

Before that, well over a dozen residents from across the country sent Civil Aviation Agency authorities messages saying they may have spotted the drone.

The out of control drone forced Latvian aviation officials to introduce restrictions for flights into Latvia, with at least one Riga-bound flight forced to land in Tallinn, Estonia instead.

Konstantin Popik, the CEO of UAVFactory, the drone’s manufacturer, told Latvia’s TV3 that the drone was an experimental prototype of an advanced new model of special purpose UAVs, fitted with cutting-edge electronics and GPS. Popik said the drone includes an automatic landing capability in the event that it runs out of fuel.

The company has promised to investigate the cause of the mishap, and has been banned by Latvian authorities from carrying out any more high-risk test flights until a probe is carried out.

The 26 kilogram, 3.5×5.5 meter UAV, which has a cruising speed of about 70 km per hour, got away from UAVFactory testers on Saturday, and was presumed to be cruising at an altitude of over 200 meters. Designers say the drone had enough fuel for about 90 hours of flight.