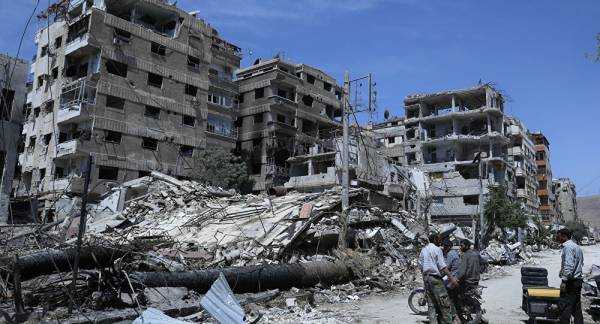 Earlier this year, former Organisation for the Prohibition of Chemical Weapons (OPCW) specialist Ian Henderson slammed the watchdog for releasing a “sanitised” report on the alleged 2018 incident in the Syrian city of Douma, claiming that the OPCW omitted key details from its own fact-finding team.

The Organisation for the Prohibition of Chemical Weapons (OPCW) has made misleading statements about two veteran inspectors who questioned the OPCW’s probe into an alleged chemical weapons attack in Syria’s Douma in 2018, according to documents obtained by the independent website Grayzone.

According to the papers, Arias also minimised the role of a second OPCW official, who was only identified as “Inspector B”.

As far as Henderson is concerned, The Grayzone had obtained the so-called “F038” notification document which indicates that the man was joining the OPCW’s Douma mission as a member of the FFM team.

Another document, a letter dating back to April 2018, shows that the OPCW’s Office of Director General (ODG) requested Henderson lead inspections at three key locations in Douma. “[…] ODG is happy if the visits to the cylinders and hospital are led by Ian Henderson”, according to the letter.

The Grayzone also cited Henderson as saying in his letter to Arias that he and Inspector B are “long-serving and dedicated OPCW supporters” who have “reams of documents” that “reflect a history of service at the highest level in terms of qualifications, skills, expertise, leadership, integrity, and professionalism throughout our time at the OPCW”.

The Grayzone disclosed the documents after Henderson blasted the OPCW earlier this year for releasing what he described as a “sanitised” report on the alleged 2018 Douma chemical weapons attack. Henderson claimed that the report omitted key details from its own fact-finding team which he claimed had cast serious doubt on whether the chemical attack took place at all.

In March 2019, the OPCW issued a report on the Douma incident, asserting that chlorine was “most likely” the chemical agent used in the alleged chemical weapons attack, despite evidence provided by Russia and Syria suggesting that it was staged by the White Helmets NGO.

Washington and its allies blamed the Syrian government for the Douma incident, which was followed by the US, France, and the UK launching joint strikes against Syria in April 2018.

Syrian President Bashar Assad has, in turn, persistently accused the US, the UK, and France of using “stories about chemical weapons” as a pretext for military intervention in the country.