On Karl Marx’s 202nd Birthday, Coronavirus Shows Us That There Is an Alternative 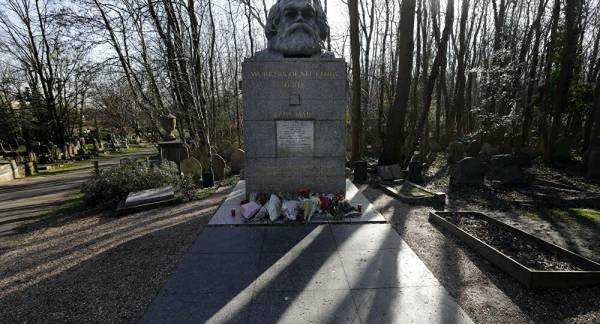 Born in 1818 in Trier, Germany, Karl Marx is known around the world as the economist and philosopher who fathered scientific socialism and the modern communist movement. His theories have inspired schools of thought and revolutions seeking to bring about the end of capitalism.

Tuesday marks the 202nd birthday of Karl Marx, a prophet of social revolution. After the collapse of the Soviet Union and the socialist bloc in the early ’90s, the German philosopher’s ideas were declared dead by many Western economists, historians, and politicians.

It was “the end of history”, they said. Marx’s prescriptions of a global class struggle and the inevitable collapse of the capitalist system had been buried forever, according to Western pundits.

For Marx, philosophy was not an academic project but a call to action. In his own words, the point is not simply to interpret the world, but to change it. And as the coronavirus pandemic haunts not just Europe but the world, increasing numbers of people are determined to make his post-capitalist vision into a reality.

Dr Richard Shillcock, of the University of Edinburgh and a member of the Communist Party of Britain, explained that Marxism’s core tenets offer a way out of the labyrinth of economic crisis.

“There was already an economic crash about to start, the coronavirus obviously accelerated that”.

Shillcock said that the coronavirus pandemic has revealed that the system of private ownership and profit accumulation – capitalism – is unable to respond effectively to an outbreak that threatens the lives of billions.

The professor said that while viruses are naturally occurring phenomena, economic systems and the means to respond to crisis are man-made.

The world painted by Marx and Engels, that would “nestle everywhere, settle everywhere, establish connexions everywhere”, exists in fear of not just the pandemic but of its own response.

“They [the British government] have been forced to become much more of an interventionist state.”

Shillcock cited “the effectiveness of the socialist states like China and Cuba” in being able to marshal resources and have governments that really do things, as opposed leaving them to the market.

©
AP Photo / Richard DrewA screen above the trading floor shows an intraday number for the Dow Jones industrial average, at the New York Stock Exchange, Wednesday, Aug. 14, 2019. Stocks are falling sharply after the bond market threw up another warning flag on the economy.

Throughout the coronavirus crisis, countries have seen problems with profiteering. Private health insurance has imposed debt on those who presented with symptoms, testing kits produced by private companies did not work, people were asked to avoid social interaction while still required to do their jobs.

Suppliers of hand sanitiser, masks, coronavirus test kits, and even exercise equipment have hiked up prices as they prioritise the maximisation of profit over public health. The uncoordinated international response of distinctive and often-contradictory measures has also served to undermine what is an inherently global fight to suppress the pandemic.

Now, governments of countries all over the world have been forced to respond antagonistically to market forces, which first impeded the introduction of basic quarantine measures.

In the United Kingdom, the Conservative government, led by Boris Johnson, initially pursued a policy of allowing the virus to spread through the population in order to build what immunologists describe as “herd immunity”, while there has been no scientific consensus on how those who have recovered from the virus develop antibodies.

The New York Times reported in March that the British government had “cushioned” its economy from the impact of the coronavirus but had failed to crack down on large social gatherings, facilitating the spread and endangering the lives of its most vulnerable citizens.

​After a severe backlash to Johnson’s herd immunity approach, Britain’s Chancellor Rishi Sunak introduced an unprecedented stimulus package of social investment to protect workers and businesses, injecting some £330 billion worth of low-cost loans to business to prop up the ailing economy.

In the words of the US president, his administration is eager to not let “the cure be worse than the disease” seeking to reopen its economy, despite the US now being the world epicenter of the virus.

​Trump’s fears may not be completely misplaced. Experts now predict that total layoffs in the US could see the country reach levels of unemployment not seen since the 1929-1940 Great Depression.

Countries across Europe have also taken historic measures and extraordinary levels of direct state involvement in the economy. The Spanish government requisitioned all privately-run hospitals in March and has since announced that it will be introducing a universal basic income (UBI). Similar measures, which include rent control and a basic jobs guarantee, have popular appeal in the UK too, as the reality of the COVID-19 crisis enters everyday life.

Even after the governments of developed nations were dragged kicking and screaming into emergency measures, business continued to put pressure on the state to relax the lockdown as quickly as possible. The protests of Tim Martin and Elon Musk against government policy indicate that the delayed action, at the expense of tens of thousands of lives, was not due to the simple incompetence of leadership but the nature of the economic system itself.

Conversely, in nations where Marxism is the titular inspiration for their political and economic systems, governments have been able to take decisive and effective measures to direct the economy.

©
AP Photo / Jason LeeChinese President Xi Jinping and other officials sing the national anthem at an event commemorating the 200th birth anniversary of Karl Marx, in Beijing, China May 4, 2018

In Wuhan, China, where the outbreak was first identified, the central government introduced a total lockdown just 3 days after human to human transmission was confirmed. All transport ceased operation and the sixteen cities of the Hubei province, with a population of around sixty million people, fell under total quarantine.

George Yeo, a Brunswick geopolitical principal and former Singapore cabinet member for health, wrote that the Chinese central government was able to mobilise tens of thousands of military personnel and resources to build up a public health response and slow the spread of the pandemic.

Yeo describes the response and subsequent reduction of new cases in China to single digits as a “vindication” of the leadership of the country’s ruling Communist Party. This interpretation, he predicts, could challenge political assumptions held among the higher echelons of the capitalist world.

While the death toll continues to climb in Europe and the US, another country that similarly contained the outbreak is Vietnam. In Hanoi, a communist government holds the levers of power and was able to rapidly impose restrictions and policies, including an immediate ban on international travel and compulsory face masks.

The Vietnamese government prioritised mass testing and aggressive contact tracing, conducting 261,004 tests, and placing tens of thousands into isolation and, as a result, is now able to slowly loosen its lockdown, VOA news reports.

©
REUTERS / Nguyen Huy KhamA poster warning about the coronavirus disease (COVID-19) is seen on a street in Hanoi, Vietnam April 20, 2020

A stark contrast has been highlighted between the failure of market systems to respond to the pandemic, their reluctance to implement anti-market measures, and the effectiveness of the command economies in the East. Now that the contradictions outlined by Marx over a century ago are on full display, it may well be our prevailing orthodoxy that is being profaned and capitalism which is melting into air.