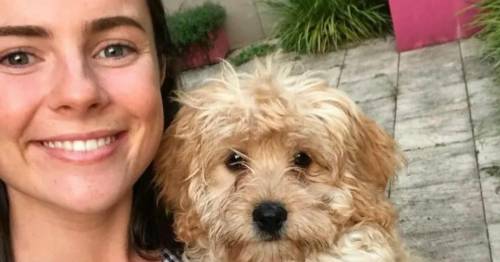 A nurse who is battling Covid for the second time is sharing her insight as to how her presumed Omicron symptoms differ from the illness she experienced with the original virus strain.

Sarah Crocker, a 25-year-old Australian nurse from Adelaide, first caught Covid-19 in March 2020 on her flight from London, which had been her home, to Australia.

As she arrived home before the Government began imposing hotel quarantine requirements, the 25-year-old isolated at her mum’s home for 17 days, until she began recording negative tests.

Ms Crocker contracted her second bout of Covid last week after one of her roommates tested positive.

She said: “She did another one on Tuesday morning before I had to go to work and it was positive."

The nurse said she alerted her work and began to isolate before later catching the virus — presumably the Omicron variant — herself.

Thinking back to her first Covid infection in 2020, Ms Crocker said the illness was marked by “a lot of breathlessness and real fatigue”.

“I didn’t even get out of bed to shower sometimes,” she said.

Ms Crocker, an avid runner who was training for a half marathon when she fell ill at the start of the pandemic, didn’t manage to shake the virus, instead, she developed long Covid.

“It took me a long time to get back to running — even going up the stairs and hills was really hard,” she said.

“It’s a lot better now, but I still get a day of fatigue. It used to happen every four or five weeks but now it’s every couple of months.”

Ms Crocker said her symptoms from the first infection vary compared to her second.

She said she is still “quite tired” but is suffering more cold-like problems such as congestion, a sore throat and a cough.

“There was no cough last time,” she said.

“I don’t know if Omicron is less aggressive or just that we have the vaccines now.

“I’m triple-vaxxed and I’m so much better this time. The vaccine has done its job in terms of reducing serious illness.”

Ms Crocker will remain in isolation with her two roommates until next week.

She said the trio are lucky they have each other as company, as they watch Netflix and “sleep the days away”.

“I’m sure it could start to get a bit boring for the last few days but it could be a lot worse, we could be sicker and in worse living conditions — we’re very lucky.”