Not Giving Up: Pompeo Says US Can Prolong Ban on Arms Sales to Iran Despite Leaving Nuclear Deal 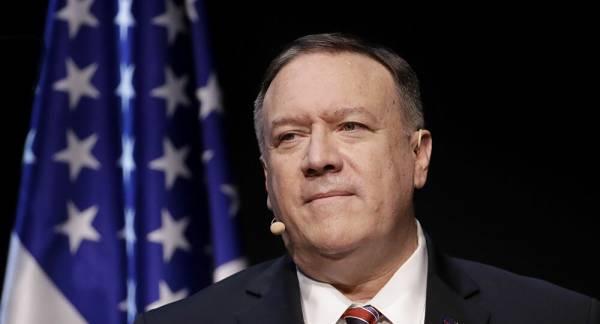 This is not the first time the secretary of state loosely interprets the provisions of UN Security Council Resolution 2231, which was adopted alongside the Iran nuclear deal in 2015. Pompeo has claimed that Iran’s satellite launches violate the resolution’s provisions, although it contains no such ban.

US Secretary of State Mike Pompeo has once again claimed in a Twitter exchange with Senator Elizabeth Warren that the US retains the power to extend the ban on conventional arms sales to Iran under UN Security Council Resolution 2231, despite abandoning the Iran nuclear deal, to which it is linked, in 2018.

He also ignored Warren’s remark that according to the resolution, the US, as well as other parties to the deal, can only resolve disputes and file complaints about a party’s non-compliance through the mechanisms of the Joint Comprehensive Plan of Action (JCPOA, also known as Iran nuclear deal). In her tweet, Warren argued that by abandoning the JCPOA and thereby depriving the US of the right to file complaints, Trump and his administration had made the country “less safe”.

The secretary of state, however, disagreed with the senator, insisting that ditching the nuclear deal was the right thing to do, and claimed that it didn’t impair US security in any way.

US’ Loose Interpretations of Resolution 2231

Paragraph 10 of UN Security Council Resolution 2231 encourages the parties to the JCPOA to resolve “any issues arising” in regards to the treaty’s implementation via the agreement’s mechanisms. A separate part of the resolution devoted to resolving disputes between the sides also stresses that any disagreements and claims must be cleared through a Joint Commission comprised of the participants of the Iran nuclear deal.

The US, however, withdrew from the agreement, which was tightly linked to Resolution 2231, in 2018, with President Trump claiming that it was “flawed” at its core and that the US should never have signed it. Now that the ban on the sale of conventional weapons to Iran is about to expire in October 2020, Pompeo stated that Washington will go to great length to force an extension of it, arguing that the US’ rights under Resolution 2231 are not linked to the JCPOA, which the country left two years ago.

Pompeo recently loosely interpreted Resolution 2231 on another occasion, claiming that Tehran had violated one of its provisions by launching a military satellite into orbit at the end of April. The resolution, however, doesn’t ban Iran from launching satellites into space, but calls on the country to refrain from such actions. The provision is not binding and doesn’t stipulate sanctions against Iran for ignoring the call.