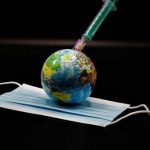 ‘Nobody is Safe Until Everyone is Safe’: World Leaders Float Treaty on ‘Health for All’ Principle 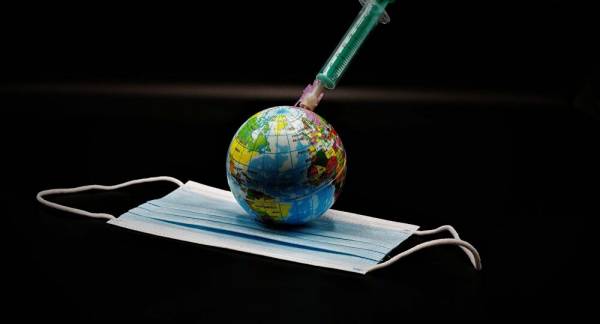 As the global coronavirus pandemic has ‘exploited weaknesses’ and sown division and strife over vaccines and medical supplies, the president of the European Council has proposed to look ahead to the post-COVID world and consider the fact that this is not the first global health crisis, and probably won’t be the last.

In a world that is interconnected and interdependent, countries need to be able to rely on the strength of multilateralism and international cooperation when faced by global challenges of a scale such as the current COVID-19 pandemic.

This is the underlying message of a call by 24 heads of state alongside Dr Tedros Adhanom Ghebreyesus, the World Health Organisation (WHO) chief, made in an op-ed published on Tuesday by The Telegraph and newspapers across the world, including Le Monde, El Pais, and Frankfurter Allgemeine Zeitung.

UK Prime Minister Boris Johnson, French president Emmanuel Macron, German Chancellor Angela Merkel, among others, underscore that the ongoing coronavirus pandemic – “the biggest challenge to the global community since the 1940s” – is “a stark and painful reminder that nobody is safe until everyone is safe”.

As countries struggle to roll out vaccines amid growing international tension over inoculation supplies, the leaders have denounced an isolationist and nationalist approach, urging that a treaty similar to the one forged after World War II be put in place to favour a new era of solidarity.

“At that time, following the devastation of two world wars, political leaders came together to forge the multilateral system. The aims were clear – to bring countries together, to dispel the temptations of isolationism and nationalism and to address the challenges that could only be achieved together in the spirit of solidarity and co-operation, namely peace, prosperity, health and security,” write the international heads of government and organisation leaders.

The leaders urged in their article that a global accord could boost cross-border co-operation ahead of any other potentially looming international health crisis, warning that the key question was not “if, but when” the next pandemic would strike.

A nurse prepares to administer the Pfizer-BioNTech COVID-19 vaccine at Guy’s Hospital in London, Tuesday, Dec. 8, 2020

The group also included Charles Michel, the President of the European Council, who had floated the proposal that an international treaty could help countries respond more quickly and in a more coordinated manner to future pandemics at the G20 summit in November 2020.

The proposed accord could be negotiated with all nations, UN organisations and agencies, in particular the World Health Organisation (WHO), which would remain the cornerstone of global coordination against health emergencies.

The logo of the World Health Organization is seen at the WHO headquarters in Geneva, Switzerland, Thursday, June 11, 2009

As international group, which had been joined by Mark Rutte, the Dutch prime minister, and the presidents of South Africa, South Korea, Indonesia, Tunisia and Senegal, argued that “no single government or multilateral agency can address this threat alone”, they wrote:

“Together, we must be better prepared to predict, prevent, detect, assess and effectively respond to pandemics in a highly coordinated fashion.”

The proposed accord would focus on issues such as alert systems, data-sharing, and research, while also overseeing the local, regional and global production and distribution of vaccines, medicines, diagnostics and personal protective equipment.

A treaty on pandemics “should lead to more mutual accountability and shared responsibility, transparency and co-operation within the international system and with its rules and norms”, underscored the global leaders in the op-ed.

“At a time when Covid-19 has exploited our weaknesses and divisions, we must seize this opportunity and come together as a global community for peaceful cooperation that extends beyond this crisis,” the leaders said.

This comes ahead of a World Health Assembly in May, where a resolution is scheduled to be tabled, outlining WHO plans to strengthen its preparedness and response framework for pandemics.

It has also been proposed that a working group negotiate the suggested international treaty, rooted in the constitution of the WHO, and supporting the principle of “health for all”.

The joint article comes in the wake of spiralling tension over COVID-19 jab shipments. The UK, which has been making impressive strides in its ambitious drive to vaccinate the population, has become embroiled in a jab spat with the European Union.

The European Commission threatened to block shipments to the UK of potentially millions of AstraZeneca jabs from its Halix plant, based in the Netherlands.

The European Commission on Wednesday will extend EU powers to potentially block COVID-19 vaccine exports to Britain and other areas with much higher vaccination rates, and to cover instances of companies backloading contracted supplies, EU officials said.#COVIDー19 #vaccine pic.twitter.com/uKVYi9dROS

​The EU has accused the British-Swedish multinational pharmaceutical giant of reneging on its contract to supply the bloc with 120 million doses in the first quarter, having only delivered 30 million, writes the Daily Mail.

The EU is proud to be the home of vaccine producers who not only deliver to European citizens, but export around the globe.

We will make sure Europeans get their fair share of vaccines and continue supporting vaccination across the world. pic.twitter.com/h7TI4EtRm1

​To ward off the threat, on Monday Boris Johnson announced that as part of a plan to render vaccine supplies “more secure”, the government had struck an agreement with the British pharmaceuticals giant GlaxoSmithKline to “fill and finish” 60 million doses of the Novavax vaccine at a plant in the North-East of the UK.

​The Novavax jab is expected to be approved by the UK, having undergone phase three clinical trials, with processing of doses expected to start in the UK from May.

The decision would also channel investment into the UK’s domestic vaccine manufacturing capability, a Downing street source was cited as saying by the outlet.

More than 324,942 1st doses & 234,382 2nd doses were given out today in #Britain’s #vaccination drive#Vaccine drive-which today hit more than 29M 1st doses-weakened the link between infections, hospitalizations & deaths because far fewer people will get seriously ill from now on pic.twitter.com/Gukccl2HIo

​The announcement came as Johnson hailed a “big day” for Britons as the country starts easing COVID-19 restrictions in line with its roadmap out of lockdown. The “stay at home” order has been lifted to allow groups of six people or as two households to meet outdoors, and amateur outdoor sports to resume.

The Prime Minister stressed the “importance of everybody maintaining the discipline people have shown for so long” and warned that it was unclear “how robust our defences are against another wave”.

Previous : Finnish Pulp and Paper Giant Pulls the Plug Following Discovery of Export Link to Xinjiang
Next : ‘Magnificent Legacy’: Trump Launches ‘The Official Website of The 45th President’ for Supporters