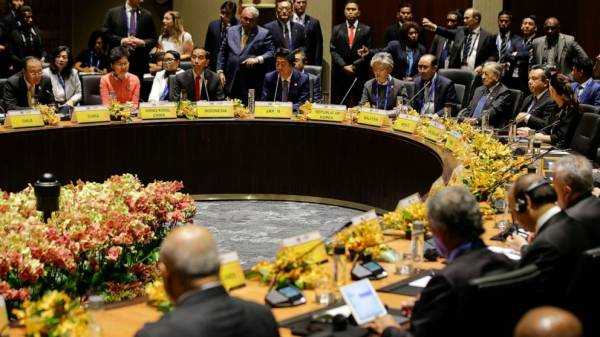 WELLINGTON, New Zealand —
New Zealand on Tuesday canceled its plans to host a major meeting of U.S. and Asian leaders next year because of the coronavirus, opting instead to lead a virtual summit.

New Zealand was scheduled to host the Asia-Pacific Economic Cooperation forum in Auckland. The event would have brought thousands of people to the country throughout the year, culminating in a leader’s week in November 2021.

APEC focuses on trade issues, although it also provides a chance for world leaders to catch up. Its 21 members include the U.S., China, Japan, South Korea, Mexico, Indonesia and Hong Kong.

“There were people who would be coming in months and months in advance, all caught by the COVID-19 situation,” Peters said. “So we had to accept the plain fact that we couldn’t do it, other than by the mechanism we’re going to use now.”

New Zealand has been praised globally for its health response to the virus. After a strict lockdown, the nation of 5 million people has eliminated community transmission, at least for now. Its 22 active cases are all quarantined travelers who returned from virus hot spots including the U.S., India, Pakistan and Britain.

New Zealand has shut its borders to almost everybody except returning citizens and residents, who are required to spend two weeks in quarantine.

Auckland Mayor Phil Goff said he understood the reasoning behind the cancellation.

“I am disappointed that Auckland won’t physically host APEC, but the health of our country has to come first,” Goff said in a statement.

New Zealand had already run into problems with an expensive convention center it was building to host the summit. Workers accidentally set the roof on fire in October. It burned for several days, sending a noxious plume of smoke over the city and forcing organizers to find alternative venues.