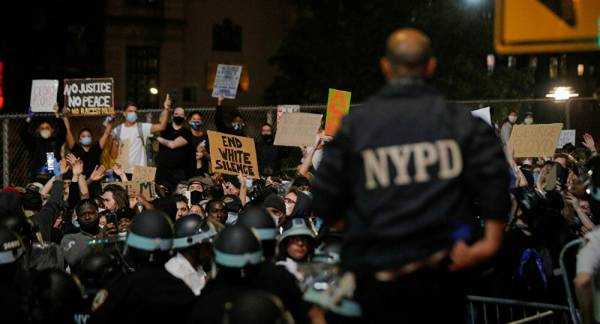 On Tuesday evening, the New York Assembly passed a bill by a 101-43 vote that would allow disciplinary records of police officers to be released. It would repeal a law that has been used since 1976 to prevent the public from becoming aware of police misconduct.

The bill, seeking to repeal Section 50-A of New York’s Civil Rights Law, would allow the public to submit a Freedom of Information Law request to get access to police officers’ disciplinary records.

“The silver lining on this incredibly dark cloud is that the sun is finally starting to shine on injustice. Maybe it’s the unmistakable, and in my opinion disputable, video evidence that we saw a live murder on TV, but it’s done something to the consciousness of America,” said bill sponsor Sen. Jamaal Bailey (D-Bronx) in a speech before the legislature Wednesday ahead of the bill’s passing, the New York Daily News reported. “I don’t know if there could be a more meaningful piece of legislation for me and this body, because it’s way more than just policy.”

Bailey also referenced May 25 killing of George Floyd during debates over the bill.

“There’s a sense of frustration in me that many of us have, especially of those of us who are people of color, especially black people. George Floyd said he couldn’t breathe, they didn’t listen,” he said. “That knee on Mr. Floyd’s neck was a wake-up call for America. We need policing reform,” he added.

“The overwhelming amount of police officers and police agencies are honest, decent public servants who work hard each and every day to keep our communities safe,” Sen. Patrick Gallivan (R-Elma), a former state trooper and Erie County sheriff, said during the debate.

The New York Police Department (NYPD) only started following the statute in 2016 and faced backlash when it used the law to shield the disciplinary record of then-NYPD officer Daniel Pantaleo, who was involved in the 2014 death of Eric Garner.

Previous : US House Republicans Urge Trump to Reject US Troop Pullout From Germany
Next : The Latest: Malaysia reopens after 3-month lockdown