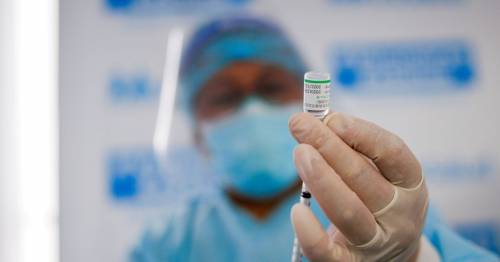 The new Lambda Covid variant, which is present in the UK, may be resistant to vaccines, according to a study.

Scientists in America conducted trials on the mutation and discovered it was twice as infectious as the original virus.

A different study discovered that it can evade antibodies created by the CoronaVac jab developed in China, although both of these studies have yet to be peer reviewed.

The Lambda variant, which was first discovered in Peru, has spread to at least 30 countries, with eight cases so far detected in England as of July 14.

Scientists are particularly concerned about the mutation's L452Q spike protein. 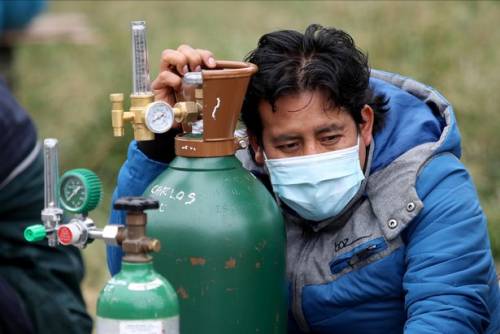 The mutation was first detected in Peru and has spread to at least 30 countries
(Image: Getty Images)

Experts in Chile, where Lambda is behind 31% of cases, discovered that healthcare workers double-jabbed with CoronaVac were more likely to get the virus, The Sun reports.

A University of Chile study said: "Our data show for the first time that mutations present in the spike protein of the Lambda variant confer escape to neutralising antibodies and increased infectivity.

"It is possible that it may exhibit higher infection rates, but we don't yet have enough reliable data to compare it to gamma or delta."

Researchers at the university said one dose of the CoronaVac jab was only 3% effective against the mutation, although this rose to 56.5% after both doses. 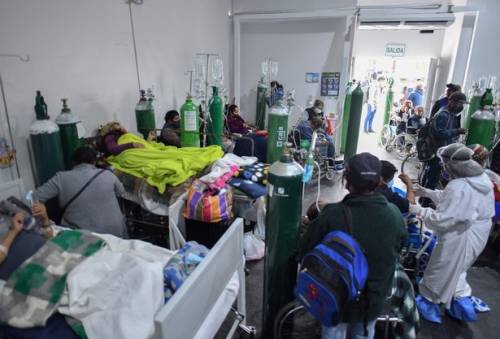 Researchers found that one dose of the CoronaVac jab was only 3% effective against the mutation
(Image: AFP via Getty Images)

Despite this, virologist Ricardo Soto Rifo, of the university's Institute of Biomedical Sciences, said there was not enough evidence to draw conclusions.

Another study shows the Pfizer and Moderna vaccines are effective against the Lambda variant.

Experts at the New York University Grossman School of Medicine showed both inoculations do help prevent contraction of the variant and the risk of serious illness.

The paper – which has yet to be peer reviewed – encourages "wide-spread adoption" of the jabs.

The authors wrote: "The results suggest that the vaccines in current use will remain protective against the lambda variant and that monoclonal antibody therapy will remain effective.

“The findings highlight the importance of wide-spread adoption of vaccination which will protect individuals from disease, decrease virus spread and slow the emergence of novel variants."

The mutant variant, formerly known as C.37, has so-far been detected in a handful of locations across the UK.

Public Health England (PHE) began treating it as a "variant under investigation" in late June.

At the moment, its presence in the UK is only emerging as the Delta variant continues to account for the vast majority of cases.