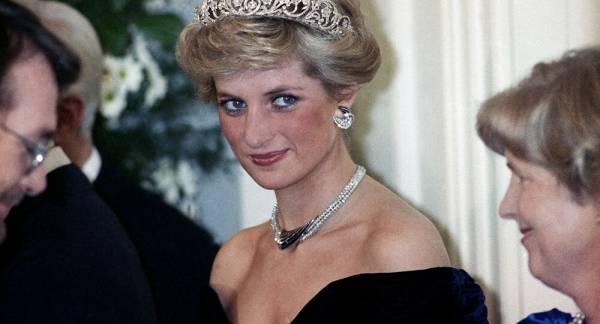 After Princess Diana and Prince Charles separated in 1992, details emerged that showed what a far cry from a fairy-tale marriage their union was, with the Princess of Wales opening up about just how “miserable” her life within the royal fold had been.

The controversial series, intending to shed light on the mental struggles and eating disorders that were part of Princess Di’s ill-fated marriage to Prince Charles, is being prepared by DSP television company, says the outlet, adding that the project is yet to be commissioned by Netflix.

The series is to reportedly to make use of previously unseen footage from Princess Diana’s speeches dated 1990-92 and interviews with people from her immediate circle.

©
AP Photo / LIONEL CIRONNEAUBritain’s Princess Diana and her sons Prince William, right, and Prince Harry, at St Tropez, on the French Riviera in July 1997, shortly before her death

Referring to the planned project, a television source was cited by the outlet as saying:

The Duke and Duchess of Sussex are also believed to be in talks with Netflix about a spate of future projects, after Prince Harry was recently involved with a Thomas The Tank Engine 75th anniversary special by the media-services provider.

A Buckingham Palace spokeswoman confirmed the project had been in the pipeline for a “long time” before it aired, including the Queen.

The episode with Prince Harry seen sitting in an armchair, reading from a book about the train’s adventures, was recorded before the Duke and Duchess officially quit as senior royals at the end of March and moved to America.

Proceeds from the anniversary edition were donated to environment and sustainability projects under Prince Harry’s Travalyst project.
Meghan Markle has also carried out similar work in the wake of the couple’s desire to seek financial independence, narrating the Disney+ documentary Elephant which started streaming on 3 April, with the proceeds likewise donated to charity.

After announcing their historic move to abandon senior royal duties, Prince Harry and Meghan Markle resided with their son Archie in Canada for a brief period of time, until the spread of the COVID-19 pandemic and ensuing border closures encouraged their move to the US, to Meghan’s home city of Los Angeles, purportedly to be closer to her mother Doria Ragland.

However, the couple divorced in 1996, with the Princess of Wales later revealing in a BBC1 Panorama interview broadcast in November 1995 how numerous issues had plagued their union.

More light was shed on her woes in secretly recorded tapes given to journalist Andrew Morton, who wrote the book Diana: Her True Story.

Diana had admitted having a hard time fitting in with the royal family, spoke candidly about her husband’s infidelity, his affair with Camilla Parker Bowles and her struggle with her eating disorder, bulimia.

©
AP Photo / PA In this Oct. 31, 1996 file photo, Diana, Princess of Wales, attends the Victor Chang charity dinner in Sydney, Australia, wearing an emerald cut aquamarine ring which Meghan Markle was wearing when she left Windsor Castle after her wedding to Prince Harry on Saturday, May 19, 2018