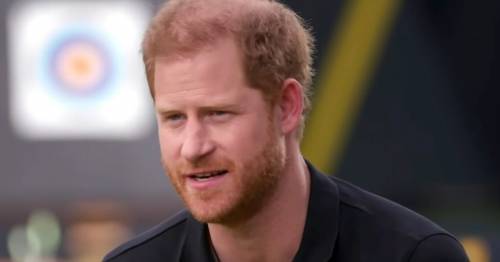 Netflix bosses are said to be annoyed with Prince Harry and Meghan Markle for giving bombshell interviews to other outlets despite their multi-million-pound deal, according to reports.

The Duke and Duchess of Sussex signed a £112million deal with the streaming service in 2020, but have yet to release anything on the platform.

Insiders say there was a "real sense of annoyance" when Harry gave NBC an exclusive interview about his chat with the Queen – despite Netflix being there with their own cameras.

Harry's own camera crew were shadowing him at the time as they were filming for Heart Of Invictus, a documentary about his event for wounded and injured service personnel and veterans.

An insider told the Mail on Sunday : "Netflix would have loved the first comments about the visit to the Queen for the documentary.

"There was a real sense of annoyance that they were made to another broadcaster."

One industry expert said: "Netflix is paying them millions and they're giving all their best interviews to other networks.

"Do they expect Netflix to be happy about that?"

During the interview in April, Harry told NBC journalist Hoda Kotb about his secret conversation with Her Majesty.

He told her: "Both Meg and I had tea with her. It was really nice to catch up with her.

"Being with her, it was great. It was just so nice to see her.

"You know she's on great form. She's always got a great sense of humour with me."

Harry on day one of the Invictus Games in the Netherlands
(

It comes after claims that a Netflix crew following the Duke and Duchess will be stopped by Palace enforcers if they attempt to film the Platinum Jubilee, it is claimed.

Insiders reportedly fear tension could "explode" if the streaming service tries to "exploit" the event next month.

Harry and Meghan will return to the UK for the monarch's celebration, which marks her 70 years on the throne.

But it is feared that their deal with Netflix could cause problems if crew members "push it" to get access other royals are not comfortable with.

The couple have announced they'll attend the Queen's Jubilee
(

Yesterday it was announced that the couple would be barred from the Palace balcony for the Trooping the Colour ceremony because they are not working royals.

The Mirror has contacted representatives for the Duke and Duchess of Sussex and Netflix for comment.

Previous : Girl, 16, died on bedroom floor with deodorant can in hand as mum warns of ‘chroming’ – World News
Next : Meghan Markle will celebrate extra special day with kids Archie and Lilibet today