‘Neither Bird, Nor Drone’: Aussie Claims to Have Spotted Speeding UFO Over Gold Coast 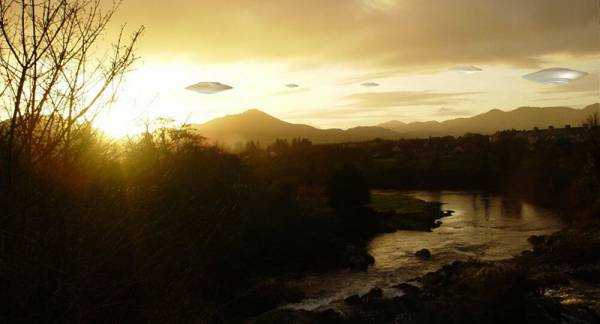 In April, the United States military declassified three videos, dated 2004 and 2015, captured by cameras aboard US military jets, which showed what are believed to be “unidentified flying objects” displaying characteristics not accounted for by currently-existing man-made technology.

An Australian man claims to have captured on camera footage of an unidentified flying object hovering in the sky, writes the Daily Mail.

Gabriel Rosa said he was on his balcony in Queensland enjoying a morning coffee at about 6.30 a.m. on Tuesday when a bizarre object caught his eye.

The Aussie said he watched the object stop and hover in the sky for about five seconds before he grabbed his phone and started filming.

Anticipating natural speculations that the object might have been a drone, Rosa insists this could not have been the case, as the area is in close proximity to an airport, where such unmanned aerial devices are prohibited.

There have not been any similar sightings of extraterrestrial vehicles in the area recently, according to UFO Research Queensland Australia, which added they had not received any other reports of possible UFOs on the Gold Coast for some time.

The reported sighting follows the US military recently officially releasing three videos of “unidentified flying objects”, with one shot in November 2004 and the other two in January 2015.

Declassified on 27 April, the black and white videos were taken by US Navy pilots – a fact that had been acknowledged by the Navy – showing mid-air encounters with what appear to be UFOs.

Originally obtained by To the Stars Academy of Arts & Science, a public benefit corporation founded by former senior CIA intelligence officer Harold E. Puthoff and musician Tom DeLonge, the videos were uploaded to the company’s YouTube account in 2017 and 2018.

Entitled ‘FLIR1’, ‘GIMBAL’ and ‘GOFAST’, the footage was filmed by cameras aboard US military jets.

The Pentagon added that a thorough review showed that release of the unclassified videos would not reveal any sensitive capabilities or systems, adding that it “does not impinge on any subsequent investigations of military air space incursions by unidentified aerial phenomena”.