Nature to the Rescue: Brainy Elephant Uses Tree Trunk in Jungle to Scratch an Itch – Video 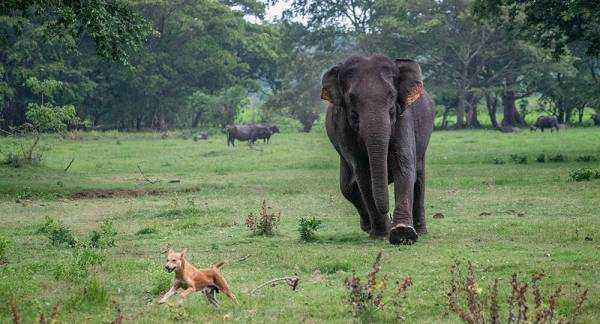 New Delhi (Sputnik): Elephants in India make it to the headlines for their adorable activities and are often captured on camera. In one such video going viral on social media, an elephant is seen rubbing its body against a small tree.

Wild animals also experience many of the same or issues as human beings face in their daily lives but the former have nobody to take receive help from except nature itself.

In a video showing an elephant  inside a jungle having fun while rubbing itself against a tree to ease its itch is winning the hearts of netizens on social media.

The elephant can be seen rubbing its butt against a tree, then stretching its forelegs to satisfy the itch on its side.