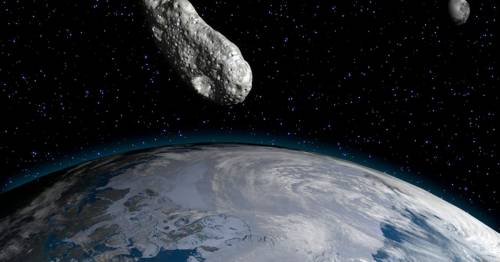 NASA to hurl aircraft into space to smash asteroid at 23,000km an hour and save Earth – World News

NASA is getting ready to smash an asteroid with an aircraft at 23,000 kilometres per hour to prevent it from colliding with Earth.

The £240million mission is expected to take place in September as new technology is being developed to hurl a half-tonne spacecraft into an asteroid called Dimorphos.

The DART mission, which is short for a double asteroid redirection test, was developed by Andy Cheng, chief scientist at Johns Hopkins University’s Applied Physics Laboratory along with a senior researcher.

Dr Cheng told the Financial Times : “It feels very exciting — like a dream come true — for something we’ve been thinking about for 20 years to be actually happening."

Thankfully, none of the roughly 27,000 “near-Earth objects” identified is thought to carry a significant risk to our planet.

However, the DART mission's findings could provide invaluable information if a threat were to emerge.

Dr Cheng said: "In a dire emergency, we could take a spacecraft being built for another purpose, tack on a new guidance system and send it up to hit the asteroid. We might need more than one spacecraft.”

None of the roughly 27,000 'near-Earth objects' is thought to carry a significant risk to our planet
(

It will measure and monitor the impact and another spacecraft, sent by the European Space Agency in 2026, will analyse each element of the impact.

Nasa said : "DART is the first-ever mission dedicated to investigating and demonstrating one method of asteroid deflection by changing an asteroid’s motion in space through kinetic impact."

It comes as Nasa warned about a giant space rock that is 3.5million miles away from our planet heading in our direction.

Last month, the largest comet ever recorded at 500 trillion tons is moving towards earth at 22,000 miles per hour.

The C/2014 UN271, or the Bernardinelli-Bernstein, has a nucleus of about 80 miles in diameter, which is about the distance from London to Stonehenge.

The comet is currently travelling at 22,000 mph and is coming from the edge of the solar system.

However, NASA assures us it will never get closer than one billion miles away from the sun, and that won't be until 2031.

Previous : Woman with OCD ‘crying’ as human poo washes into garden forcing her to keep windows shut
Next : Mum reveals 6 ways to slash your council tax bill – and who can get 100% off