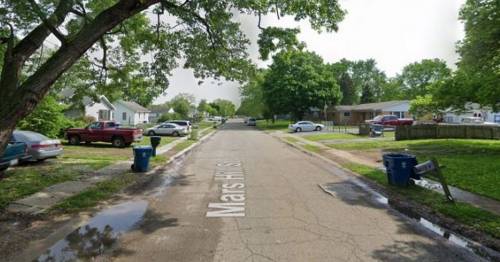 Mystery surrounds the deaths of a man and woman whose bodies were found in a back garden.

Police are investigating the circumstances surrounding the incident and say that their deaths were not natural.

Officers arrived at the home in Indianapolis at around 3.30pm on Saturday following reports of two male bodies spotted near the property.

But when emergency crews arrived, they confirmed that the two individuals were one man and one woman.

Their bodies were discovered inside a van on the 2600 block of Mars Hill Street, on the southwest side of the city.

Foul play is not suspected but detectives believe the deaths might have been from a double overdose, reports The Sun.

The bodies were found inside a van
(

Earlier this month, progress was made on another investigation in the state after a man's decomposing body was found stuffed in a suitcase.

Larry Terry disappeared in March 2019 and his cause of death has now been revealed, while his murder remains unsolved.

The man died by asphyxia due to strangulation, the Marion County Coroner's office confirmed.

The city of Indianapolis has seen 92 criminal homicides so far in 2022, according to data from the coroner's office and police.

More than three quarters of these deaths were caused by shootings, totalling 74, while a further three were fatally stabbed.

Another eight victims were killed by blunt force, one by exposure, one by trauma, one by sharp force injuries and another by asphyxia where the victim was raped and smothered. The cause of death for the remaining victims remains unknown.

Elsewhere in the state of Indiana, a man was killed in an early morning shooting on Sunday. Police in Anderson responded to reports of a shooting at around 3.30am and found three victims who were rushed to hospital.

One died upon arrival while the other two remain in hospital, according to local reports.

The attack came three hours after another shooting in the same area, where police reported finding two gunshot victims.