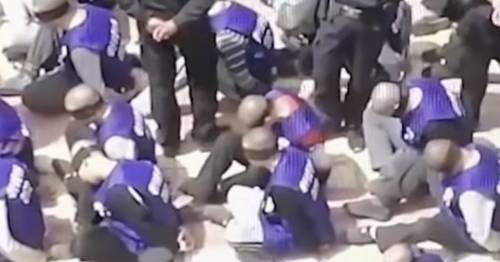 Hundreds of thousands of Muslims have been detained and many tortured in a “dystopian hellscape,” says a report.

Victims report being shackled to chairs for agonising hours.

One man reportedly died in front of cellmates after 72 hours in a “tiger chair”. 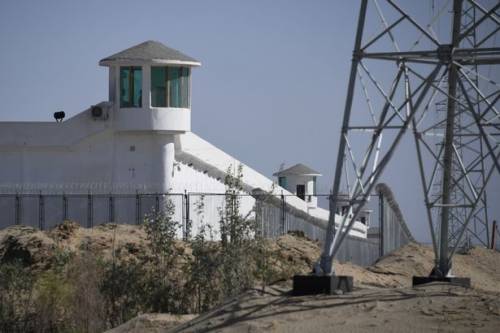 A watchtower at internment camp
(Image: AFP via Getty Images)

The victims study used reports from more than 50 former detainees to expose the suffering of Uyghurs, Kazakhs and other mostly Muslim minorities in China’s Xinjiang region.

Detainees are made to remain in silence for hours then indoctrinated and bullied into rejecting Islam and their own language, the report says.

One woman was locked up for using WhatsApp on her phone, in a camp where victims are forced to sit or kneel in one position for hours.

Two former detainees said they had been forced to wear heavy shackles, one for an entire year.

Others told of being shocked with electric batons or pepper-sprayed.

Amnesty says Chinese authorities are using the pretence of “fighting terrorism” to wipe out Muslims’ ethnic and cultural traditions.

Ms Callamard added: “Uyghurs, Kazakhs and other Muslim minorities face crimes against humanity and other serious human rights violations that threaten to erase their religious and cultural identities.

"It should shock the conscience of humanity that massive numbers of people have been subjected to brainwashing, torture and other degrading treatment in internment camps.

“Millions more live in fear amid a vast surveillance apparatus.

“China must immediately dismantle the internment camps, release the people arbitrarily detained in them and in prisons, and end the systematic attacks against Muslims in Xinjiang. 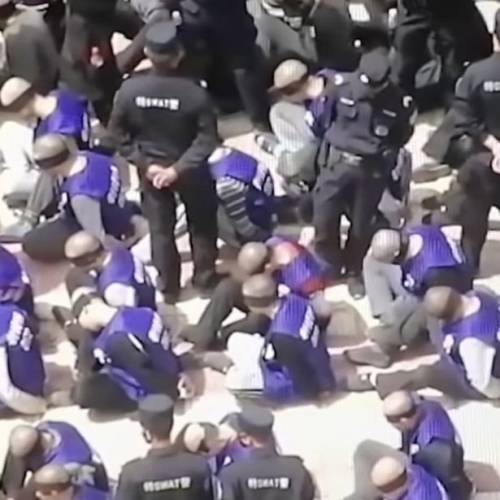 They endure hours of pain
(Image: War on Fearæˆ˜æ–—ææƒ§)

The international community must speak out and act in unison to end this abomination.

“The UN must establish and urgently dispatch an independent investigative mechanism with a view to bringing those suspected of responsibility for crimes under international law to account.”

The report says close to a million people may have been sent to China’s internment camps since 2017.

Previous : The Keystone XL pipeline is dead. But the fight against similar projects is far from over.
Next : U.S. charges Israeli traders in healthcare insider trading scheme