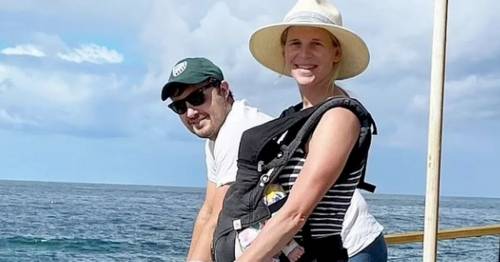 Mum offers strangers $1,000 to catch flight – but you won’t be able to relax – World News

A mum facing the prospect of spending nearly 24 hours on a plane with three children has offered complete strangers more than £500 to join her and help out.

The anxious parent, named Rachel, is due to fly to Sydney from the UK with her kids, aged four, two and two months.

She took to social media to ask for help – and said she has been stunned by the response.

Rachel, who lives in Australia, is due to travel to the UK for her brother's wedding, but her husband is unable to join her.

She has offered nearly £600 for someone to help (file image)
(

Calling for help looking after children Ivy, four, Stella, two and infant Willow on the Malaysia Airlines flight back to Sydney, she wrote: "Anyone heading from London to Sydney who wants to make $1,000??"

"It’s a 23.5 hour flight so essentially that’s $42 an hour however I would not expect you to be helping out with the kids for 24 hours straight!"

She described her children as well behaved, but added: "Whenever the older girls are asleep you wouldn’t need to do anything and even when they’re awake I am happy for them to watch as much TV as they like so all you might need to do then is make sure headphones don’t fall off, put on next movie etc.

"I will also do as much as I can, but I’ll have the baby to look after as well."

Rachel said she has been stunned by the response
(

Following her appeal in a number of Facebook groups, Rachel told Daily Mail Australia that the response had been "amazing".

She said: "I’m actually quite overwhelmed with how kind and supportive so many strangers have been to me.

"I originally was canvassing my family to help and offering to pay towards their flight etc but didn’t get any joy.

"I mentioned it to a friend who said she’d found her nanny through a nanny Facebook group and that lots of people on it would be from Europe."

She said that on top of those who volunteered their services, some had suggested groups she should post in.

Rachel told the Mail she is now narrowing down the list of candidates.

Previous : Beaming Queen looks SO happy showing off engagement ring in never-before-seen images
Next : Harry and Meghan’s Netflix crew ‘will be stopped if they try to film inside Jubilee’