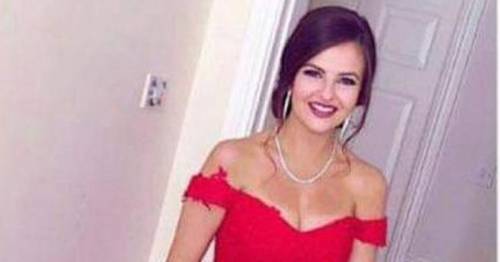 The family of a woman murdered while out on a run in broad daylight have shared the heartbreaking final words shared with their "special" daughter.

Ashling Murphy’s brutal death has shocked Ireland with Gardai continuing investigations following the release of a man last night who is no longer deemed a suspect.

Her heartbroken family have paid tribute to the 23-year-old, reported the Irish Mirror.

The primary school teacher’s mother Kathleen, said: “The last thing she’d say in the morning going out was ‘Mam, I love you’."

Father Raymond added: “She was just a special girl.

“She’s the youngest, a little angel. She was a brilliant girl in every sense of the word.”

The talented musician was known in circles throughout the country
(

Hundreds of people attended a vigil in Galway last night to remember the 23-year-old who was attacked along the banks of the Grand Canal on Wednesday.

More vigils are planned from 4pm this afternoon in Armagh, Belfast and Derry as well as later ones in Carlow, Limerick and Tipperary.

Her killer is still at large following the release of a man being questioned by police last night who has been eliminated from enquiries.

Gardai have appealed for witnesses and asked anyone with information about a "Falcon Storm mountain bike" with "straight handlebars and distinctive yellow/green front forks" to come forward.

Hundreds attended a vigil in Galway City Centre for Ashling
(

The Irish police force has promised to leave "no stone unturned" in bringing Ms Murphy's killer to justice.

Irish premier Micheal Martin said: "The entire country is devastated and shocked by the violent and barbaric killing of Ashling Murphy, a young woman in the prime of her life," he said.

"There is no place in our society for violence, particularly violence against women. It cannot and will not be tolerated.

"The safety and security of women is at the core of our society's values."