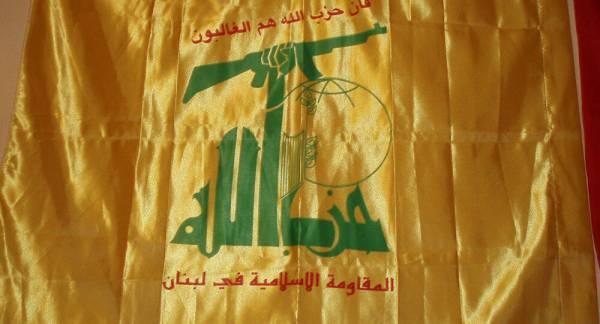 Germany banned all Hezbollah activities on German soil late last week, with the interior ministry now characterizing the Lebanese Shiite political and militant group in its entirety as a “Shiite terrorist organization.”

Mossad may have helped to push Berlin into banning Hezbollah’s activities in Germany by providing the European nation’s security services with information about the group’s alleged money laundering activities, as well as warehouses where the Lebanese group purportedly squirreled away hundreds of kilograms’ worth of ammonium nitrate for use in explosives, Israeli media have reported, citing Hebrew-language broadcaster Channel 12.

According to Channel 12, the intelligence was provided not long before Berlin’s Thursday decision to issue a blanket ban on Hezbollah and its activities. Previously, Germany had distinguished between Hezbollah’s political and militant arms, banning the militant arm but allowing the political one to operate.

In its Thursday statement, Germany’s Interior Ministry announced that Hezbollah’s activities “violate criminal law,” and are henceforth to be banned on German soil, including owing to the group’s “calls for the violent elimination of the State of Israel” and the questioning of “the right of the State of Israel to exist.”

The ban means the group is not allowed to display its symbols, participate in demonstrations or create or distribute print, audio or visual media, with its assets to be confiscated and forfeited. The ban has already prompted German police to raid several Shia mosque associations thought to be linked with the group to collect evidence of potential criminal activity.

Israel and Jewish groups praised the ban, while Iran and Syria, who have allied with Hezbollah in the fight against Daesh (ISIS)* and other terrorists in the Arab Republic in recent years, blasted the decision. Tehran called the move “disrespectful to the government and people of Lebanon,” owing to Hezbollah’s official role in the politics of that country (Hezbollah has participated in all of Lebanon’s coalition governments for nearly 15 years now).

©
AP Photo / Bilal HusseinA Hezbollah fighters sits in a four-wheel motorcycle positioned at the site where clashes erupted between Hezbollah and al-Qaida-linked fighters in Wadi al-Kheil or al-Kheil Valley in the Lebanon-Syria border, Saturday, July 29, 2017

Berlin’s clampdown on Hezbollah follows the Bundestag’s approval of a non-binding resolution calling for the group to be banned late last year, with lawmakers allied to Chancellor Merkel’s ruling CDU-led coalition citing the need to ‘combat anti-Semitism,’ and accusing the group of using Germany as a hideout and logistics center.

Hezbollah was created during the Israeli occupation of Lebanon in the 1980s. Since then, it has fought multiple wars with the country, the most recent one taking place in 2006, when Israel carried out a 34-day invasion of Lebanon which was stopped by a UN ceasefire.

With the ban, Germany joins the majority of its NATO allies, although France continues to formally consider only Hezbollah’s military wing as a terrorist entity. Other countries which view the group as a legitimate social and political organization include China, Cuba, Iran, Iraq, Russia, Syria and Venezuela.