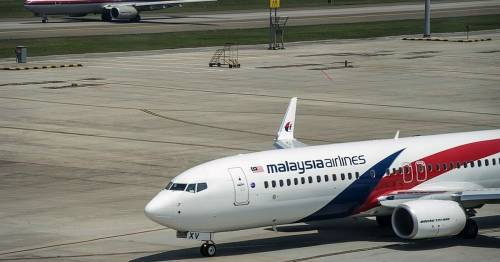 Hopes have been raised that the fate of vanished flight MH370 could finally be uncovered after an aerospace expert used radio wave technology to track its course and pinpoint the site of its watery grave.

Richard Godfrey is convinced that the Malaysia Airlines Boeing 777 which disappeared on March 8, 2014, enroute to Beijing from Kuala Lumpur, carrying 239 passengers and crew, is in the ocean 1933km west of Perth.

The highly skilled British engineer also believes that the pilot was possibly being followed, evidenced by some unusual patterns in the aircraft’s journey.

Families of some of the lost passengers are now claiming that the aeroplane’s disappearance was deliberate and that their loved ones were murdered.

to trace 160 separate disturbances recorded in its radio frequencies to determine the path of the ill-fated flight, and the likely location of its remains in an area known as the seventh arc.

Flown by Zaharie Ahmad Shah, the aircraft apparently made some unusual 360 degree turns, indicating that the pilot was fully engaged and changing course deliberately, rather than operating automatically as previously suggested.

“Everyone has assumed up until now there was a straight path, perhaps even on autopilot. I believe there was an active pilot for the whole flight,” Richard told 60 Minutes on Sunday.

He discovered that after being in the air for three hours the aircraft was put into a holding pattern, typically used when awaiting clearance from air controllers, for around 20 minutes.

Richard thinks this suggests the pilot was stalling above the southern Indian Ocean in order to get in touch with the Malaysian authorities, although they insist they had no contact from 38 minutes after take-off.

“He may have simply wanted time to make up his mind where he would go from here. I hope that if there was any contact with Malaysian authorities that after eight years now they’d be willing to divulge that.”

Paul Weeks was one of the six Australians on board the flight. His widow Danica, had always believed that a mechanical failure was to blame.

But Richard’s evidence has changed her mind and she now thinks it was murder, and she wants the authorities to launch a new search.

She told Sky News: “I was so staunch about saying it wasn’t the pilot, but now I have to throw all of that out after nearly eight years and three years of searching.

“I never believed it was the pilot. Unfortunately, Richard Godfrey has said that he believes at this point that the pilot was in control.

“And look, it makes sense that we’ve searched for a ghost plane, haven’t found it. So maybe we have to step forward and search on that basis now.”

It was assumed that he locked the cockpit so his co-pilot couldn’t get in, cut off all communications, depressurised the cabin and flew the aircraft on auto-pilot until its fuel ran out.

Richard Godfrey believes he has pinpointed the wreckage of flight MH370
(

Additional speculation involved co-pilot Fariq Abdul Hamid taking to aircraft down because of troubles in his personal life, Russia stealing the place and flying it to Kazakhstan and the US shooting it down to prevent a terror attack.

Richard Godfrey’s discoveries are being checked out by other experts in the field with a view to lobbying the Malaysian authorities to instigate a new search for the wreckage.

The engineer said Malaysian authorities acknowledged his study, but told him they were “very busy”.

“If it turns out the pilot was in any way responsible, they might be faced with multimillion claims, so maybe they just hope this will go away,” he said.

Previous : Inside deserted farmhouse frozen in time for 60 years with haunting pictures on walls
Next : Driver branded ‘complete idiot’ after baffling parking blocked door to home