Michigan Governor & Her Family are Example of Why Dems Lose Elections Again and Again, Activists Say 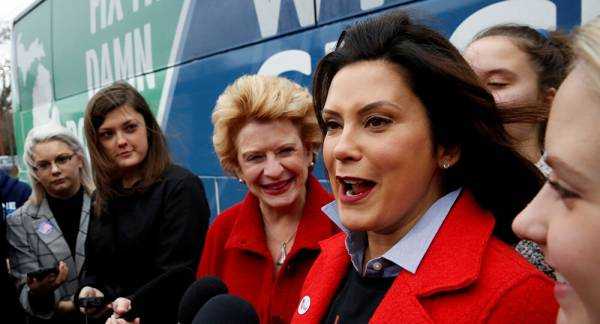 Michigan Governor Gretchen Whitmer has come under fire from the Republicans because her family is flaunting the state’s strict lockdown rules. According to Michigan conservatives, Whitmer and her husband have placed themselves above the law by disobeying her own executive orders.

It was reported last Thursday that a man had phoned NorthShore Dock LLC, asking them to place his boat in the water in Northern Michigan before Memorial Day weekend. When the dock company’s personnel told him it was impossible, the man replied: “I am the husband to the governor, will this make a difference?” Although Whitmer’s office initially denounced the story as a rumour, the governor later admitted that the reported conversation had really happened and tried to downplay it as “a failed attempt at humour” on the part of her husband, Marc Mallory.

The timing of the supposed joke was seemingly not the best, given simmering tensions between Michigan residents and their governor over the state’s COVID-19 restrictions. Earlier, Whitmer’s decision to extend the lockdown until mid-May prompted hundreds of protesters, some armed, to try to enter the legislative chamber of Michigan’s state capitol on 1 May, demanding that the governor revoke her stay-at-home order. Nevertheless, the governor ruled to extend the restrictions through 28 May.

The problem is that both Gretchen Whitmer and her husband regard themselves as being above the law, argues Alex Larner, secretary of the Eaton County Tea Party, a board member of Michigan Conservative Union and a member of the Michigan United for Liberty activist group.

Whitmer’s actions are likely to backfire upon her political future as she is alienating those who voted for her, the politician notes, adding that those voters now join the conservative group at rallies “to protest against the overreach of the woman they recently elected”.

Larner emphasises that Michigan United for Liberty’s end goal “is not revolution, but adherence to the highest law of the land, the US Constitution”.

“The pathway to victory for Michiganders is for local municipalities and law enforcement to uphold their oaths of office to the Constitution by refusing to enforce Whitmer’s executive orders,” he believes. “To that end, we have another protest scheduled for Sunday 31 May, called Michigander’s Marketplace, where will be hosting a farmer’s market on the State Capitol lawn.”

Last week the Michigan protesters turned the state Capitol lawn into an improvised barber shop, with about a dozen barbers and stylists offering free haircuts for all comers.

Speaking to Axios on Tuesday, Gretchen Whitmer defended the strictness of her state’s coronavirus lockdown: “It has not come without a cost. I recognise that,” she said, stressing that though many Michiganders lost their jobs, the quarantine measures had apparently saved thousands of lives.

Previously, the Michigan governor was named as a potential running mate for Joe Biden.