Mexico Receives Ventilator Shipment From US 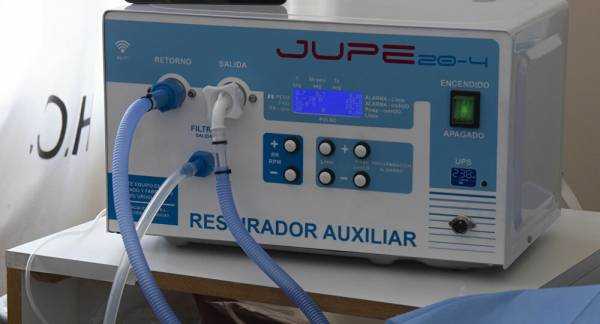 Mexican President Andés Manuel López Obrador said last month that President Trump had promised aid when he called and asked for help in obtaining 1,000 ventilators and other equipment for intensive care units.

MMexico has received a shipment of medical ventilators from the US to help treat COVID-19 patients, says Mexican Foreign Minister Marcelo Ebrard.

The 211 machines were purchased from a US firm following an informal agreement between the neighbouring nations’ leaders in mid-April.

Last week, several hospitals in Mexico City said they were turning patients away because of a lack of equipment.

“We want to very fully thank the government of the United States, especially President Trump,” said Ebrard. “As the saying goes, when there are hard times is when you know who your friends are.”

​According to Mexican President Andrés Manuel López Obrador, Mr Trump agreed to sell Mexico 1,000 ventilators, with the option to buy more, when they spoke on the phone in April.

President López Obrador said in his daily news conference that he planned to visit the US in July to thank President Trump “for the help we received in confronting the pandemic”.

However, according to the BBC, it has conducted a very low number of tests and the government said on Sunday that statistical modelling would put the real number of cases at more than 104,000

The US has the world’s highest number of confirmed infections with more than 1.2 million cases and more than 70,000 deaths.