Meghan Markle Was Dubbed ‘Duchess of Difficult’ When She Moved to Kensington, New Book Claims 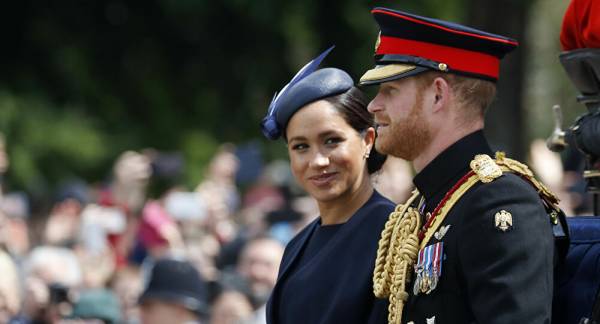 Few people are better placed to gossip about the internal matters of the Royal Family than their own staffers. An upcoming royal biography by Tom Quinn is set to reveal some controversial and often scandalous insights into the everyday lives of Great Britain’s first family.

Meghan Markle was not strongly favoured by Kensington staff who quickly nicknamed her the “Duchess of Difficult”, “Me-Gain” and “Di Lite” just a few weeks after Prince Harry’s fiancée’s arrival at the Palace, a new book by Tom Quinn claims, according to the text extracts provided by the author to Daily Mail.

One of the most prominent accounts is an alleged insight into the deterioration of the relationship between Kate Middleton and Meghan Markle, despite an initially warm welcome for the American from the Duchess of Cambridge.

According to the insider, it was “difficult” for Meghan Markle to accept that she would always play second fiddle in the royal family and that she was not “married to the next king”.

However, something extraordinary allegedly happened then, prompting the Duchess of Sussex to eventually move out to Windsor.

“Like many people not used to dealing with servants, Meghan overdoes the imperiousness; so on the one hand she wants to be like Diana, a people’s princess, and on the other she wants people to stand to attention when she clicks her fingers”, the person argued.

©
AP Photo / Matt DunhamOn the 21st anniversary of the death of Britain’s Diana, Princess of Wales, royal fan John Loughrey, right, aged 63 from London, takes a picture for a man who met Diana and came to pay his respects, flanked by royal fan Margaret Tyler beside the gates of Diana’s residence Kensington Palace in London, Friday, Aug. 31, 2018

At the same time, the Queen herself is believed to be very fond of his grandson’s wife Meghan, who she reportedly liked “very much” as the monarch was said to have “a soft spot for Americans since meeting Barack Obama”.

The former senior royals are now set to live a “financially independent” life in the United States. It is not clear yet whether their sudden move has turned out to be the right decision but at least the couple will now have far fewer servants gossiping about their private life.