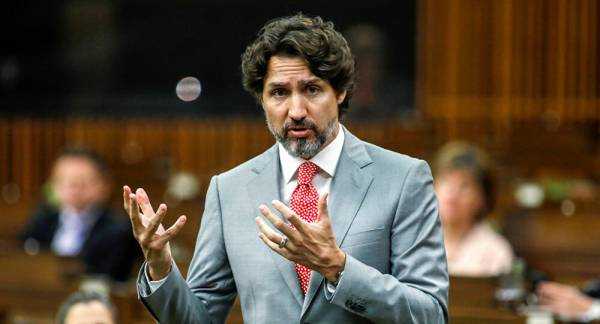 Authorities say the perpetrator is a member of a reserve unit in the Canadian Army and previously served in the armed forces. Officials did not name the man, but said he is due to appear in court to hear charges against him.

The man who forced his way into Rideau Cottage, where Canada’s Prime Minister Justin Trudeau has been living with his family since 2015, carried multiple weapons, the AFP reported, citing local police. During the 2 July incident, the unnamed man drove his pickup truck into the main gate of Rideau Hall, where Trudeau’s estate is located. Shortly after he entered the estate he was arrested. Officials have not elaborated on his motive and did not reveal what weapons he carried. Local media report that the perpetrator is now facing numerous charges.

“I want to stress that there was never any danger of the prime minister and his family, nor to the governor general, as neither were on the grounds at the time of the incident”, Royal Canadian Mounted Police spokesman Mike Duheme told reporters.

The prime minister and his family have been living in Rideau Cottage, as his official residence is currently being renovated. Trudeau heartily thanked police for arresting the intruder.

“This was something that no one wants to hear, that someone entered your home. I want to extend my sincere thanks to the RCMP and the Ottawa police service that did a remarkable job in ensuring that there were no injuries”, the Prime Minister said.

This is not the first time that Trudeau has faced security threats. During last year’s election campaign he was spotted wearing a bulletproof vest surrounded by a presence of heavily armed tactical teams during rallies as government sources revealed that there was a security risk. The details of the threat were not revealed.