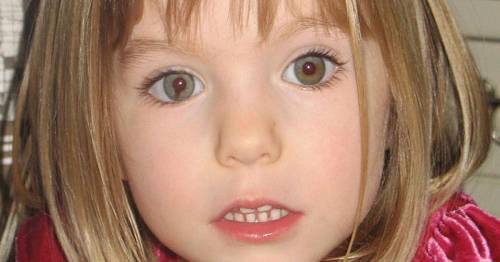 There is no evidence that the prime suspect in the Madeleine McCann case was responsible for her disappearance, claims an investigator.

Ex-detective Mark Williams-Thomas says the then-toddler's real abductor will now likely get away with it due to the narrow-minded focus on Christian Brueckner.

As part of a new documentary, he set out to try and prove the German paedophile was guilty – but says he actually ended up clearing his name.

Sleuth Mr Williams-Thomas – who exposed Jimmy Savile in 2012 – said the investigation into Madeleine's disappearance in Portugal in 2007 was always flawed, reports the Daily Star.

Last month Portuguese police made Brueckner, 45, an arguido – or formal suspect – allowing them to bypass the country's statute of limitations.

It states prosecutions for serious crimes cannot go ahead more than 15 years after the crime.

But it means if Brueckner is not the guilty party, the person actually responsible will never see justice.

Referring to the prosecution law, Mr Williams-Thomas said Brueckner was named as prime suspect "to get around this", adding: "I believe he is innocent."

The Met Police's own investigation into the toddler's case – Operation Grange – has cost £12million and has found neither Madeleine nor the culprit.

Mr Williams-Thomas' own probe features in Channel 5 documentary Madeleine McCann: The Case Against Christian B, on Wednesday evening (May 11).

He claims a phone which police say belonged to Brueckner and which was found outside the McCann's apartment in Praia da Luz an hour before Madeleine vanished was not actually his.

Cellsite analysis could only place whoever the mystery caller was within a 21-mile radius of the crime scene.

At the other end of the line was a paedophile police have never been able to trace, he said.

Brueckner has an alibi which he told Mr Williams-Thomas via a letter from prison.

He had spent the week with a 17-year-old German holidaymaker in his camper van in Carvoeiro, 40 minutes from the crime scene.

Mr Williams-Thomas tracked her down for the documentary and she backed up Brueckner’s claim.

She also said she was present when police searched the camper in the days after.

The woman said nothing was found and Brueckner's demeanour never altered.

She said he didn't appeared to know a girl was missing until investigators told him.

When Mr Williams-Thomas broke the news to German authorities he claims they dismissed it.

A Volkswagen camper van, used by a suspect who may be connected to the disappearance
(

He said Hans Christian Wolters, the German prosecutor heading the case, who last year publicly declared he was 100% sure Brueckner murdered Madeleine, lives in a parallel universe.

"No matter how horrible and nasty a person is we have to have the evidence to prosecute,’’ Mr Williams-Thomas said.

"Somebody’s previous offending does not make them responsible. That is not how the criminal justice system should work.

"I am no fan of Christian Brueckner. He has committed some horrific offences.

Madeleine was snatched from her bed
(

No one has ever been charged with the toddler's abduction
(

"But that doesn’t make him the killer of Madeleine McCann unless there is the evidence to support that. And there isn’t.

"They cannot place him outside Madeleine’s apartment on the day of the disappearance and furthermore he has a credible alibi which places him away from there. And there is evidence of non-changing behaviour.

"We know, having just abducted a child and murdered them, there would be a change of behaviour.

"Yet his then girlfriend said his demeanour never changed.’’

Williams-Thomas said he believed Brueckner had agreed to confide in him – rather than talking to police – because he fears he is effectively being "framed for the biggest crime in the world".