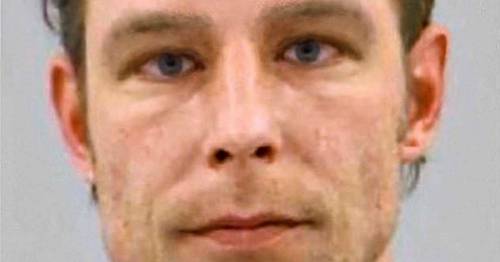 The prime suspect behind Madeleine McCann's disappearance spent thousands on facial surgery just months after the youngster vanished, it is claimed.

A new TV investigation believes that convicted paedophile Christian Brueckner had his jaw reset and his teeth straightened shortly after Madeleine went missing.

It is alleged that he had his "rabbit" teeth reset in September 2007, four months after the British four-year-old is thought to have been snatched in Praia da Luz in Portugal.

He has denied any involvement and has not been charged.

Witnesses claimed to have seen a man with protruding teeth loitering around the apartment where the McCann's were staying.

He paid around £7,500 for the operation at a private dental clinic in his native Germany, it is alleged.

Less than three weeks before Madeleine vanished, police in Portugal were told a girl had been subjected to a sickening indecent exposure by a man with sticking out front teeth.

According to The Sun, Brueckner travelled to Germany from Lisbon in September 2007, as detectives scrambled to work out what had happened to the missing toddler.

While in his homeland, the sex offender, now 45, underwent major work at a private clinic in Wuerzburg, Bavaria, it is claimed.

Madeleine McCann disappeared from a holiday apartment in May 2007
(

On April 9, 2007, a 10-year-old girl was approached by a naked man on a beach at Salema, just seven miles from the apartment where Madeleine vanished from.

The man was said to have four protruding teeth from his upper jaw, with the victim, now 25, said to have told police he "looked like a rabbit".

In January 2008 an image by an FBI-trained artist was released showing a suspect who met this description.

It is also claimed this week that Brueckner had worked as an odd-job man at the complex where he McCanns were staying – meaning he knew it "inside out".

Brueckner – who is serving a prison sentence for raping a woman in her 70s in Portugal – has denied having anything to do with Madeleine's disappearance.

The revelations were uncovered by filmmakers Jutta Rabe and Jon Clarke, who are working on a TV documentary about the case.

Mr Clarke has previously penned a book called My Search For Madeleine.

German prosecutor Hans Christian Wolters told The Sun he has "everything he needs" to charge Brueckner with the indecent exposure case and Madeleine's disappearance.

Authorities told the newspaper he will "definitely" face more charges in the coming weeks.

The suspect has been linked to the abduction and rape of an Irish tour rep, as well as indecent exposure to four children in 2017 in the Algarve.

Previous : For the only girls team at Quebec City’s International Pee-Wee Hockey Tournament, it’s about representation
Next : Evander Holyfield’s son KO’d and left facedown on canvas by part-time opponent