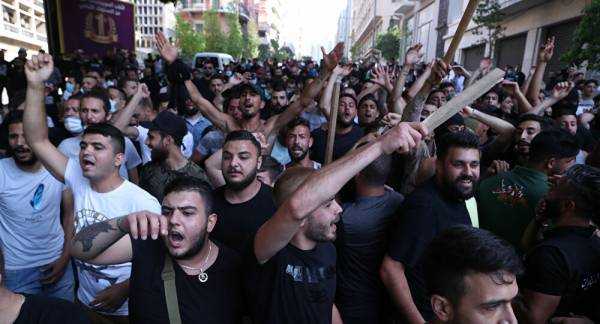 BEIRUT (Sputnik) – People gathered outside the Lebanese central bank’s building in Beirut on Tuesday to protest the high cost of the dollar, which has been driving the local currency’s exchange rate downward.

On Saturday, the city saw clashes between anti-government protesters and security forces, with hundreds of demonstrators, pelting the parliament’s building with stones and smashing shop windows.

Local troops were deployed to the streets to disperse the crowd. In response, protesters set a police motorbike on fire and barricaded the road, burning tires and trash cans.

Lebanon has been rocked by protests since October when the price of the dollar on the parallel market more than doubled, causing consumers to lose their purchasing power and putting many out of jobs.