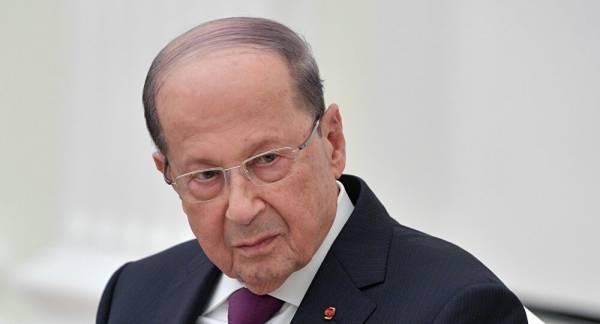 The president has noted that the global community continues to put pressure on Lebanon to bear the crisis’ burden even though the country has been facing a deteriorating economic situation.

According to Aoun, the ongoing crisis in Lebanon has been exacerbated by the spread of the coronavirus disease, and the government must now adopt financial reforms to help both Syrians and the country’s citizens who lost their jobs as a result of the pandemic.

In early April, Aoun said that Lebanon had already spent around $25 billion on handling the influx of migrants and refugees, calling on the global community to provide financial support.

Lebanon has long been suffering from an acute economic crisis, with its national currency plunging against the US dollar and causing prices of bread and other necessities to soar. This prompted nationwide protests in October that unseated the previous government. No particular relief followed as the COVID-19 outbreak added to economic woes by putting businesses on hold and people out of jobs.

On Thursday, the Lebanese authorities endorsed an economic plan to put the country back on track toward “real reforms” and tackle the worsening financial crisis accompanied by nationwide anti-government protests that the country has been facing since October.

Aoun believes that the return of Syrian refugees home from Lebanon depended on an international decision rather than on his possible visit to Damascus, adding that Beirut had been in contact with Moscow on the refugees’ issue in hope that this partnership would alter a viewpoint of the global community on the matter.

According to the president, Lebanon maintains contact with Russia on the issue of the displaced Syrians, hoping that this cooperation will help to change an international position and find a comprehensive political solution to the Syrian crisis.

According to various media reports, Aoun planned to pay an official visit to Damascus in last September to accelerate the process of the Syrian refugees’ return, but no dates or further information on a meeting between leaders of the two Middle Eastern countries followed. Aoun’s last visit to Syria was in 2008.

Lebanon is in dire need of the financial and medical help from the international community, including Russia, Aoun said.

According to the president, Beirut’s channels of cooperation with Moscow were open, and Russian officials were fully aware of difficulties Lebanon was facing.

The president noted that the COVID-19 crisis has been under control so far, due to the country’s efforts and the government’s coronavirus response plan, which was hailed by the World Health Organisation.

As of Monday, Lebanon has registered 737 coronavirus cases, with 25 fatalities and 200 recoveries.