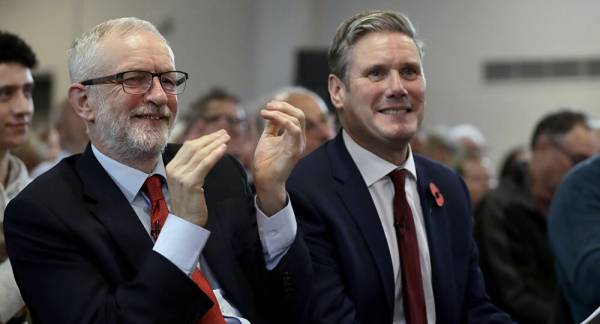 LONDON (Sputnik) – The United Kingdom’s Labour is currently having no one of “real calibre” at its helm and risks turning into an ordinary neoliberal party “with a human face” at best after Jeremy Corbyn’s departure, according to Chris Williamson, a former Labour member of parliament for Derby North.

According to the ex-lawmaker, Corbyn failed to stand up to the consistent smear campaign against him and his vision of the party, which “has been ongoing really from when Jeremy got elected as leader and never stopped.” Instead, he had to “continually” apologise.

As a result, Williamson went on, the country has lost a chance for a “very significant re-set of the whole system of public services, the economy and so on.”

The new Labour leadership is unlikely to cause “undue disturbance” to “grotesque levels of inequality” and “wholesale deregulation” of public services, according to the politician.  He did not rule out that there would be “some tinkering perhaps at the edges,” but doubted that any fundamental change would follow.

Centre-left Keir Starmer was elected as the new party leader on 4 April, succeeding left-leaning Corbyn. The latter announced his plans to resign back in December after his party suffered the worst election defeat since 1935. During his troubled period in office, he was heavily criticised over claims as to endemic anti-Semitism in party ranks and an arguably convoluted position on Brexit.