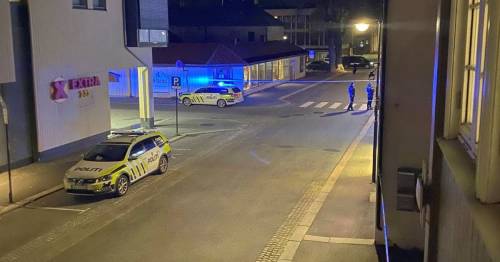 A man has gone on a rampage with a bow and arrow in southeastern Norway, leaving multiple people dead.

Norway Police have confirmed a suspect has been arrested, with crime scenes in several locations across the municipality of Kongsberg, in Viken county.

An unspecified number of people were also injured during the attacks.

Police Chief Oeyvind Aas told reporters: "The man has been apprehended…from the information we now have, this person carried out these actions alone."

"Several people have been injured and several are dead," Aas said.

He declined to comment on the exact number of casualties and avoided labelling the incident a terrorist attack at this stage.

But he said the perpetrator moved over a large area in the centre of the town, with multiple witnesses coming forward, reports NRK.

The chief added that a large police presence remains in place and Minister of Justice Monica Mæland has been informed.

A large police presence remains in the centre of the town

A police spokesperson went on to say that helicopters and bomb squads as well as other emergency response troops were deployed.

The suspect is understood to be being held in the city of Drammen, around 25 miles away.

A Kongsberg resident told NRK people were being told to stay in doors.

This includes 127 Brits, according to the most recent data.