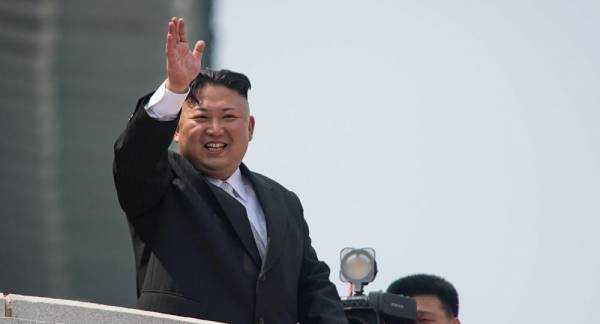 In order to honour the Soviet soldiers who lost their lives liberating Korea from Imperial Japanese occupation in the summer of 1945, Pyongyang has erected a 30-metre memorial, known as the Liberation Monument.

Under a decree issued by Russian President Vladimir Putin, the leader of North Korea, Kim Jong-un, was awarded a medal commemorating the seventy-fifth anniversary of the victory in the Great Patriotic War.

Russian Ambassador to the DPRK Alexander Matsegora handed the medal to the Minister of Foreign Affairs of the DPRK, Lee Song Gwon, on 5 May at Mansudae Assemby Hall in Pyongyang.

A corresponding decree was posted on Facebook by the Russian embassy in the republic.

It is noted that the North Korean leader was awarded for his great personal contribution to perpetuating the memory of Soviet citizens who died and were buried in the republic, as well as for the concern for the preservation of graves and memorials.

The Liberation Monument is a well-known landmark in Pyongyang, which was built in 1947 to commemorate Red Army soldiers who died in the battles to liberate Korea from the Japanese occupation during the final stage of World War II.

Kim Jong-un’s first visit to Russia took place at the end of April 2019 when he held a meeting with Putin in the city of Vladivostok in the Russian Far East. Vladimir Putin called the meeting “sufficiently thorough”, and described Kim Jong-un as a “quite open” and interesting person with a “lot of meaningful things to say”.