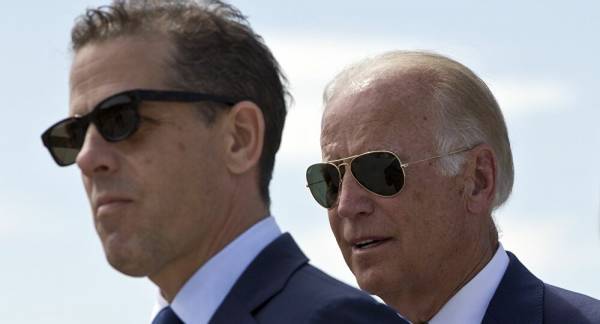 Twitter and Facebook have both moved to suppress New York Post reports that the former vice president lied about never talking to his son Hunter about his business dealings in Ukraine, where Biden had the prosecutor general fired.

US Democratic presidential candidate Joe Biden has lashed out at a journalist for asking his thoughts on allegations against his son.

CBS reporter Bo Erickson, attached to the Biden election campaign, asked the former vice president on Thursday night for his response to the New York Post story alleging his son Hunter peddled his father’s influence to Ukrainian and Chinese businessmen for money and helped orchestrate the 2016 sacking of Ukrainian prosecutor general Viktor Shokin.

“I know you’d ask it,” Biden shot back angrily. “I have no response, it’s another smear campaign, right up your alley, those are the questions you always ask.”

​Biden publicly boasted in 2016 of getting Shokin sacked by the Ukrainian government. Shokin was investigating oligarch Mykola Zlochevsky, owner of gas firm Burisma Holdings which employed Hunter Biden as a board member, and had seized several of his properties.

If true, the NY Post story could prove that Biden lied about never discussing his son’s business dealings with him.

Fellow journalists were quick to back Erickson, retweeting his video with words of support.

Biden flew off the handle last Friday when an Nevada journalist pressed him on whether he intended to increase the size of the nine-member Supreme Court and pack it with liberal judges if elected. The candidate snapped that voters “don’t deserve” to know his plans.

​The New York Post story was based on emails and other files contained on a laptop that Hunter Biden left to be repaired and never bothered to pick up. They include photos of him in the nude and apparently smoking a crack cocaine pipe in bed.

Social media sites Twitter and Facebook immediately moved to suppress the story, preventing users from sharing links to it and even freezing their accounts, including those of the NY Post itself and White House press secretary Kayleigh McEnany.

NY Post Deputy Politics Editor Jo Morris pointed out in a tweet on Saturday that the paper’s account remained frozen. A visit to the site showed no new posts since October 14.