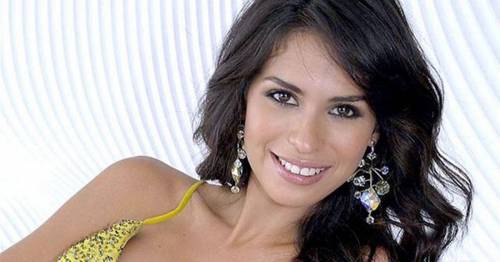 She is known as the 'Little Queen' by her drug lord husband – and sits at the top of a bloody empire that has claimed thousands of lives across Mexico.

Now, Emma Coronel, the glamorous wife of El Chapo Guzman, is set to learn her fate as she stands accused of helping the world's most powerful mobster run his infamous Sinaloa cartel.

Appearing in court in Washington DC on Thursday, the 31-year-old – said to be worth $5billion – is expected to plead guilty to conspiracy to distribute narcotics, according to US media reports.

First spotted by El Chapo when she was a teenage beauty queen, Coronel married the drugs kingpin, then in his fifties, when she was just 18.

The 'Narco Princess' has for years lived a life of unimaginable wealth in New York, jetting off for high-end holidays, launching her own clothing line and even parading around on a yacht on the TV show Cartel Wives.

Born into a criminal dynasty, however, Coronel has her own links to the heart of the underworld – with a former gang leader even claiming she helped mastermind her husband's notorious 2015 prison break.

Coronel's connections to the cartel go far deeper than her marriage. Growing up in the dusty, remote village of La Angostura, she is the daughter of Inés Coronel, a powerful director of drug smuggling operations for the Sinaloa cartel.

Her uncle, Ignacio 'Nacho' Coronel, was one of the syndicate's founders alongside El Chapo, 64, and known as the 'King of Crystal' for distributing methamphetamine on an unprecedented scale during the early 2000s.

Killed during a shoot-out with the Mexican military in 2010, Ignacio was buried in an opulent $450,000 mausoleum – complete with wi-fi and 24-hour surveillance – that quite literally cemented his legend within the underworld. 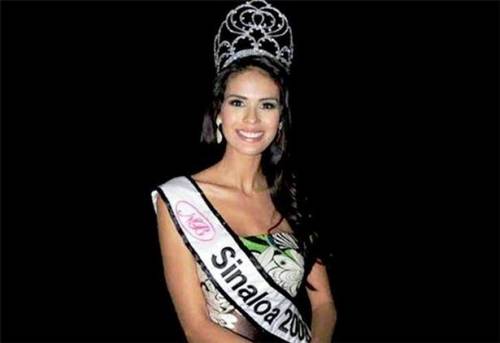 After meeting El Chapo aged 17 at a party thrown by her father in 2007, Coronel won a beauty pageant in Sonora.

Her courtship with the crime lord was seen by some as a political move to unite the cartel's most influential figures, and they quickly tied the knot – marrying on her 18th birthday.

Speaking to the LA Times of her husband, she said: "I would say what won me over was his way of talking, how he treated me, the way we began to get along – first as friends and from that came everything else."

The couple moved to Culiacan, where Coronel finishing high school, before giving birth to their two twin daughters in 2011.

The girls are said to be among the 19 children El Chapo has fathered through at least four wives and a string of mistresses.

Often separated from her fugitive husband, who has been in jail since 2019, Coronel has lived an unusually high-profile life as a 'buchona' – the love interest of a cartel member.

She has often been pictured in bold red lipstick and diamonds, embodying the image of a narco wife, and regularly posted glamorous snaps on Instagram, where she has more than 650,000 followers. 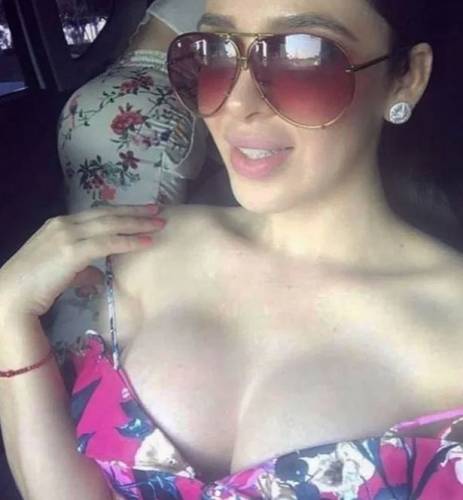 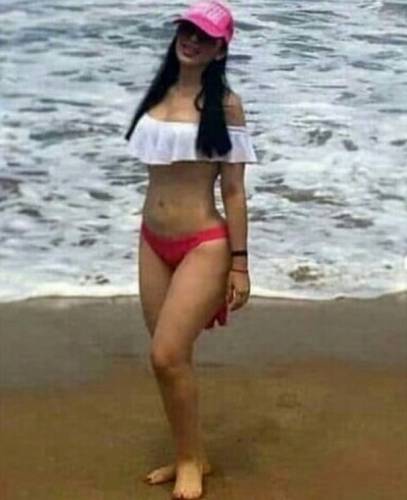 She has often been pictured jetting off on luxury holidays around the world
(Image: Instagram)

In 2019, she kept her fans updated as she travelled across Europe on a lavish holiday, sharing pictures of a sunset in Venice over a lavish dinner and rides on the gondolas.

And in January last year, she was photographed on the slopes of a high-end ski resort in expensive ski-wear.

Incredibly, in a controversial 2019 episode of the VH1 realty show Cartel Crew, Coronel even guest starred in a scene with the son of a Colombian drug lord on a yacht.

"It's sad that they judge us without knowing us," she said during the show.

The same year, she also launched her own clothing line, called El Chapo Guzman, which featured sweatshirts, T-shirts, blazers, belts, lighters and caps emblazoned with the face of the drugs baron.

Behind Coronel's celebrity status, however, lies an estimated $5billion fortune built on her husband's cut-throat empire.

Since 2006, when the Mexican government launched its war on the cartels, more than 300,000 people have been killed across the nation. 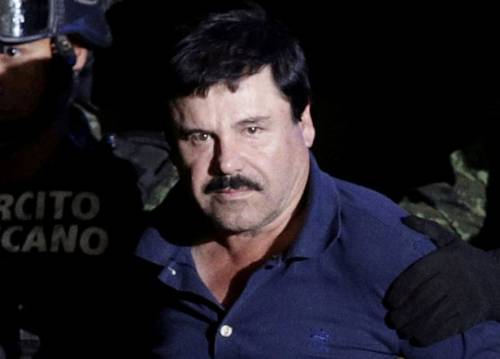 Following his first arrest in 1993, the gangster escaped from the maximum-security Puente Grande prison in Jalisco, reportedly in a laundry basket.

His second jail break in 2015 was even more audacious – with Coronel allegedly at the heart of the plot.

Testifying in 2019, top cartel member Damaso Lopez Nunez said she helped her husband exchange messages with his sons as they masterminded the escape at Altiplano prison in central Mexico. 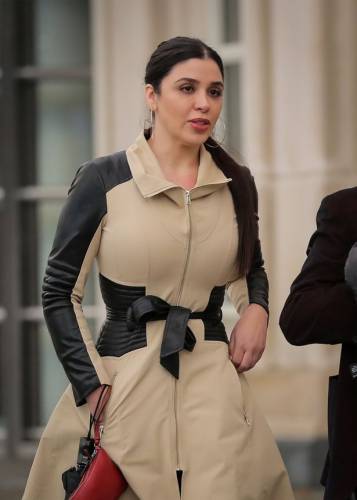 Coronel cut a stylish figure through the trial of her husband in New York
(Image: REUTERS) 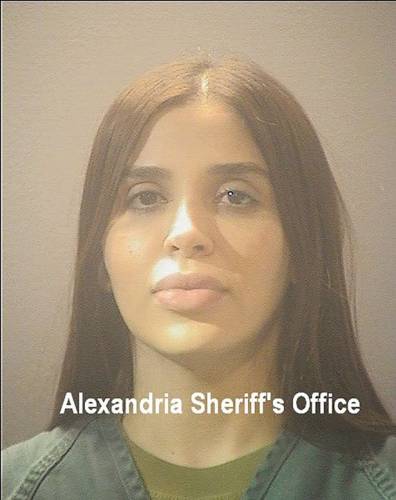 She was arrested in February and is set to plead guilty to conspiracy today, according to US media
(Image: via REUTERS)

Claiming she was "giving us his orders", he said a $2million bribe was given to a prison worker so that El Chapo could be moved from another Mexican jail to Altiplano.

It was here that he fled through a mile-long tunnel that reached up to the shower cubicle of his jail cell, leaving on a motorbike waiting below.

Crucially, the allegations shattered perceptions that Coronel was a bystander in her husband's criminal enterprise – painting her instead as a well-informed key player.

Sought fame 'as vengeance over affairs'

When El Chapo was snared for a third time in 2016, Coronel supported him during his highly-publicised New York trial, becoming an unlikely fashion star after turning up to court in designer jackets and stiletto heels.

She appeared stony-faced as details of his numerous affairs emerged and one of his former mistresses, Lucero Guadalupe Sanchez, testified in the stands.

However, according to Mexican investigative journalist Anabel Hernández, Coronel was "very, very mad and very hurt" by the claims of infidelity, which spurred her on to seek fame as "vengeance".

Speaking to the Associated Press, Hernández suggested that the US authorities suspected her increasingly glamorous lifestyle was an attempt to betray her husband.

In February, Coronel was taken into custody by the FBI, amid speculation she would spill information about El Chapo's allies in exchange for a reduced sentence.

However, her reported plea agreement with prosecutors in Washington does not require her to cooperate with the US authorities, a source told the New York Times this week.

It appears Coronel's devotion to her husband will stand strong to the end.