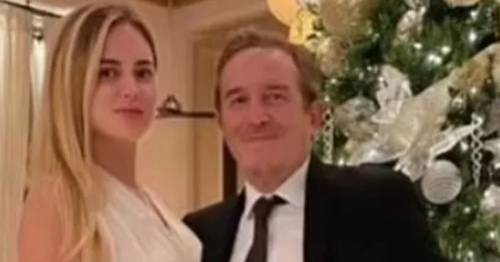 A legal row has broken out between an Italian prince and his girlfriend, who branded him "stingy" despite him showering her with lavish gifts.

Prince Giacomo Bonanno di Linguaglossa, 51, is believed to have met 35-year-old Tanya Yashenko, from Belarus, at a dinner party in 2019.

It is said the couple enjoyed a whirlwind romance, holidaying in destinations such as Monte Carlo, Dubai and the Maldives.

According to Italian media, Yashenko filed a legal complaint against the prince last year, alleging that he was stalking her and hired a psychiatrist to assist with her case.

However, newspaper Il Messaggero reports that the expert has now switched sides and accuses Yashenko of "taking advantage of the psychological fragility of Linguaglossa".

The Italian press also reportedly obtained text messages exchanged between the pair, where she criticised the prince for not being generous enough.

According to the Telegraph, Ms Yashenko said: “If you wanted to, you would transfer half your investments in Italy to me, but you’re stingy."

The messages emerged after the prince launched his own legal battle against Yashenko last month, accusing her of “circonvenzione d’incapace”, an Italian legal term that means “exerting undue influence over persons who are non-compos mentis".

It is claimed the prince was left traumatised after the break-up of his earlier marriage.

Yashenko has denied any wrongdoing and has insisted that the prince withdraw his accusations.

At the weekend, the Italian prince took to his Facebook page, where he said he wanted to “publicly apologise to my partner Tanya Yashenko for my false statements.

He added: "I would like to explain that jealousy is a big reason for my actions. But the gifts I gave I don’t want back.”

It also emerged that the pair spent Christmas and New Year together.

But the prince's lawyer Armando Fergola told the Telegraph : "She continues to try to manipulate him. He has certainly not withdrawn his accusations and will not do so.

“He is still very fragile and the love affair has clouded his judgment. The primary aim of this case is to protect him from her, both psychologically and economically. Getting her to pay back the money is a secondary objective.”