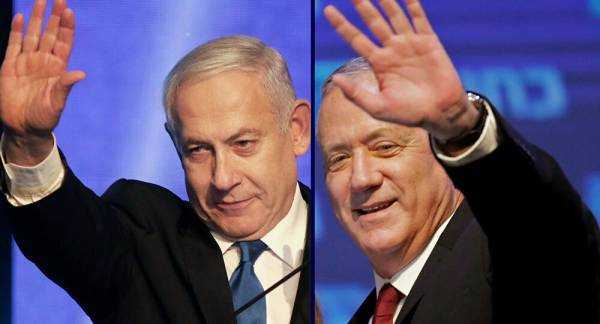 On Wednesday, the High Court of Justice has unanimously rejected the petitions against Benjamin Netanyahu forming the new government while being under indictment, as well as those against Netanyahu and Gantz making a coalition deal.

Israeli PM Benjamin Netanyahu and Benny Gantz have issued a statement on their agreement to swear in a new government on 13 May, which was approved by the Supreme Court.

The High Court, consisting of 11 judges, on Wednesday unanimously ruled that there is “no reason to interfere with the Cabinet’s imposition of Benjamin Netanyahu and the Likud-Blue coalition agreement”, according to state-run Israeli Public Broadcasting Corporation. A petition that sought to invalidate the coalition agreement was also rejected.

The judges noted that although the coalition agreement “raises serious legal difficulties”, there is no precedent to intervene in its clauses.

The reconciliation of Netanyahu and Gantz followed three fruitless elections, after which they both announced an ’emergency’ government last month, vowing to put aside their rivalry to tackle the coronavirus pandemic. In late April, the two former rivals signed a 14-page pact that envisages the division of power between them so that the creation of a government could be possible.

Under their adopted deal, Netanyahu will remain the prime minister for 18 more months, while Gantz will hold the position of defence minister and will subsequently replace Netanyahu.

Earlier in the year, the Israeli PM was indicted on charges of accepting bribes, fraud and breach of trust, which he repeatedly denied, labeling them a politically motivated “witch hunt”.

Previous : US COVID-19 Death Toll May Reach 350,000 if All States Reopen in June, Model Predicts
Next : US sees 1st detained immigrant death from coronavirus