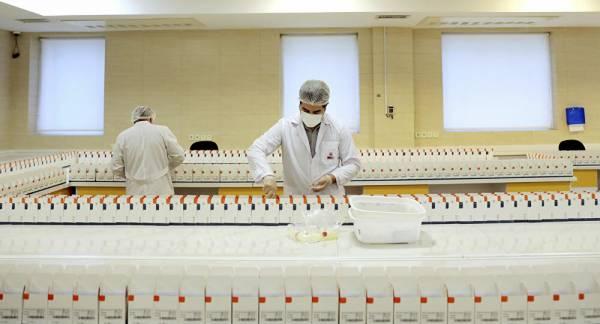 Initially one of the countries hit hardest by the COVID-19 pandemic, Iran has managed to slow infection rates dramatically, and even begun a careful reopening of businesses and public spaces. On Sunday, President Hassan Rouhani announced that mosques would be reopened in over 130 towns designated as ‘low-risk areas’ by Monday.

Speaking to Iran’s Islamic Republic News Agency on Monday, the official explained that exports are expected to begin sometime “in the coming weeks,” and that they have already received the necessary export licenses from the Ministry of Health and Medical Education.

Sattari said the kits were created and produced by Iranian knowledge-based companies.

“Iran has attained a level of self-sufficiency regarding coronavirus diagnostic serology kits that allows us to export them to most countries. Furthermore, we have not faced any restrictions on the volume of exports of these products abroad,” he explained.

According to the official, Iran has now built up the capacity to perform up to one million coronavirus tests per day, with “all of these tests performed using kits that are domestically produced.” This is a significant figure, given that the Middle Eastern nation has a total population of about 83 million people.

“Our knowledge-based companies have produced a great deal for the coronavirus, which we can export to other countries in the fall, when the second wave of coronavirus strikes,” Sattari noted.

The vice president had previously indicated that in addition to test kits, Iran has made strides in the production of ICU and CCU equipment, CT-scan machines, disinfectants, and upwards of 6 million masks per day.

During the first months of the novel coronavirus pandemic, Iran was one of the countries hit hardest by the disease, suffering not only high fatalities rates, but higher-than-usual infection rates among the country’s leaders and lawmakers. Today, with a total of 97,400+ total infections and 6,203 deaths, the country rounds out the global top ten.

The country’s health authorities announced that the nation was no longer “in the red” on total infections late last month, with death tolls said to be falling and the number of recoveries rising to over 66,000 by April 24. The government allowed low-risk businesses, including factories, workshops and some stores to resume operations in late April. Mosques in low-risk areas were reopened on Monday.

In recent months, Iranian officials have repeatedly urged the US to scrap its unilateral sanctions against the Islamic Republic amid the coronavirus pandemic. Washington refused, however, and helped to block International Monetary Fund loan assistance, while claiming that it was prepared to help ordinary Iranians.

In late March, Maj. Gen. Hossein Salami, chief of Iran’s Islamic Revolutionary Guard Corps, slammed US claims about aid as “demagogy,” defiantly adding that “if the American nation needs help, we can render assistance to them, but we do not need their help.”

Previous : Meghan Markle’s Mum Doria Reportedly Set to Move in With Her and Prince Harry in £10 mil LA Mansion
Next : Homeless in NYC: tougher than ever amid COVID-19 pandemic