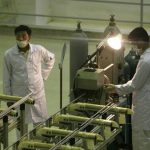 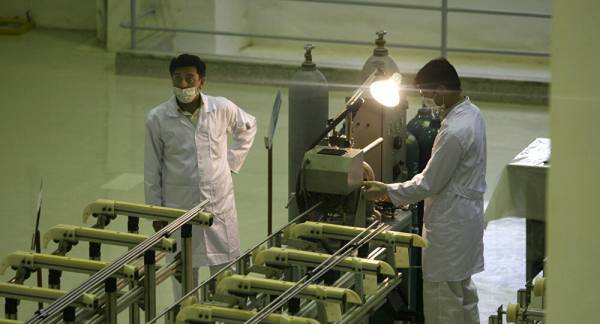 Earlier, a new report surfaced detailing that the Biden administration would be putting forth a new proposal to reinstate talks with Iran before the Middle Eastern nation’s looming election put off talks for several months.

An unnamed senior Iranian official recently revealed that Iran will stop its 20% uranium enrichment “only if the US lifts all the sanctions” that were imposed under the Trump administration and have been kept in place by the Biden White House.

The Iranian official informed Press TV that “20% uranium enrichment is in line with Paragraph 36 of the [2015 Joint Comprehensive Plan of Action], and will be stopped only if the US lifts all the sanctions.”

“The Biden administration is losing time, and if it fails to lift the sanctions soon, Iran will take the next steps, which will be further reduction” of its commitments to the nuclear deal, the senior official said.

In January, the Iranian parliament boasted that its scientist had produced 17kg of enriched uranium in less than a month at its Fordow nuclear facility. This exceeds their purported production timeline which listed Iran’s goal at a rate of 120kg of 20% enrichment uranium per year.

The unidentified individual’s remarks came as a response to the Monday report from Politico that the US was seeking to issue a new proposal that requires Iran to ease its nuclear practices in exchange for relief from US sanctions.

The proposal, which has not been confirmed by the Biden camp, is expected to request that Iran ceases its use of advanced centrifuges and the pullback on enrichment of uranium supplies to 20% purity, among other efforts.

A senior official to the Biden administration would not give details on the conversations leading up to the proposal, but insists that “we are ready to pursue a mutual return to the [Iran deal].”

Shahrokh Nazemi, the head of press at Iran’s mission to the United Nations, responded to the Politico revelation by indicating that “the [deal] needs no specific proposal,” and that the US needs to follow commitments to the 2015 agreement.

Sanctions placed on Iran have put the country in challenging situations over the years.

Mahmoud Jarafi, the deputy head of the Atomic Energy Organization of Iran, told the Isna news agency that “because of [US] sanctions, we have problems with bank transfers, and if no solution is found, we will even be forced to stop work at the first unit of Bushehr.” Bushehr is a plant that operates as part of a joint nuclear program between Iran and Russia.

Moscow has argued for the use of nuclear energy for civilian purposes in Iran, but US sanctions have plunged the country into an economic crisis. Iran has long maintained that its nuclear program was meant for peaceful purposes and not for making bombs.

The Biden administration’s alleged proposal is slated to be set forth this week, setting the stage for future talks between the US and Iran. However, the lack of diplomatic ties are sure to be one of the greatest hurdles in reaching nuclear negotiations.

Iran has remained head strong in their use of nuclear energy, and has recently solidified an investment deal with China that is sure to cause reaction from the United States.

​The Biden administration’s alleged proposal is slated to be set forth this week, setting the stage for future talks between the US and Iran. However, the lack of diplomatic ties are sure to be one of the greatest hurdles in reaching nuclear negotiations.