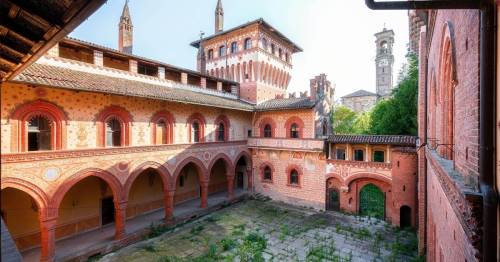 Take a look inside the abandoned 17th century castle, which looks like something straight out of a fairytale, and yet was once home to Europe's biggest drug lab after falling into disarray.

The impressive palace, dubbed Castello di Sammezzano, can be found in Tuscany, spanning across more than 170,000 square metres, including more than 150 rooms caves, fountains and even artificial dens.

However, the stunning castle, which was built by Spanish nobles in the 17th century, was abandoned some 20 years ago, after being taken over by an international drug ring back in the 1980s and turned into the continent's largest heroin lab. 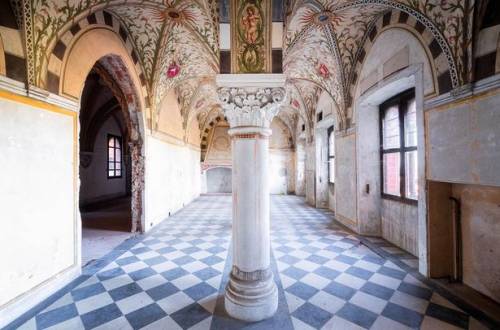 In the 1980s, the palace was taken over by an international drugs ring
(Image: Jam Press/Roman Robroek) 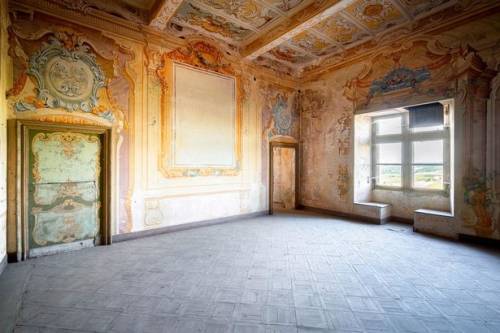 It was the biggest drug lab ever raided in Europe
(Image: Jam Press/Roman Robroek)

The group installed two workshops in one of the guesthouses and in one of the towers, which they used as laboratories to manufacture the drug.

When police eventually raided the castle, they found four chemists working on-site behind armoured doors and promptly arrested them all, as well as the owner. To date, it is the biggest illegal drug laboratory ever discovered in Europe.

Prior to the drugs scandal, the palace belonged to a number of different owners, after the former owner was found guilty of fraudulent bankruptcy in the 1930s.

The palace has been abandoned for the last two decades
(Image: Jam Press/Roman Robroek) 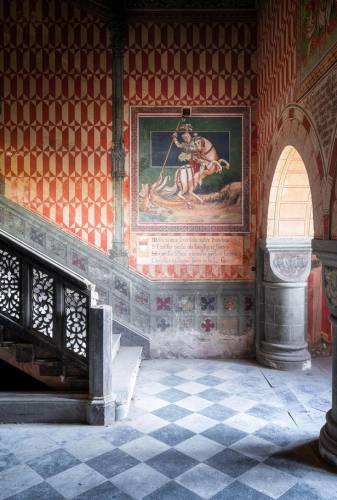 After World War 2, the castle was turned into a hotel-restaurant, where a number of famous faces have stayed, including a visit from Emperor Charlemagne – also known as Charles the Great.

For the past two decades, Castello di Sammezzano has been abandoned, however has remained in near-pristine condition and looks just as incredible now as when it was first built.

Although built by the Spanish, the castle takes on clear influence from both Italy and Morocco, thanks to its vivid colours, lavish décor and ceramic-tile mosaics.

In fact, the stunning building is so beautiful it has been home to a number of famous films, including 2012's The Tale of Tales, starring Salma Hayek and Vincent Cassel.