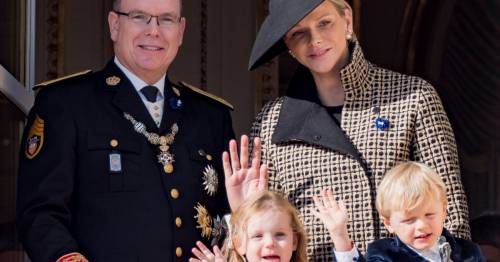 Mega rich Prince Albert of Monaco has reportedly agreed to pay his wife £10million every year to re-start her duties and it is the latest twist in what is a rollercoaster royal marriage.

Billionaire Albert, 64, is married to former Olympic swimmer Charlene Wittstock, who competed for South Africa at the 2000 games in Sydney.

They met at a swim meet when she was just 22 – and it's not been smooth sailing in some troubled waters.

The couple got engaged in 2010, but even as the lovebirds were planning their lavish wedding, reports of problems in paradise weren't far behind.

Since their elaborate $100 million do – described at the time as the nation’s “biggest party in 55 years” – the pair have been dogged by scandal.

Albert, before the wedding, had a reputation as a “playboy Prince” and confessed in 2005 to having a love child with not one but two women.

He fathered a son, Alexandre Grimaldi-Coste, with an air stewardess called Nicole Coste.

A year later, it emerged he also had an illegitimate daughter, Jazmin Grace Grimaldi, with US estate agent Tamara Rotolo.

Rumours started swirling that Charlene attempted to walk out before their wedding day.

French newspaper Le Journal du Dimanche alleged she had tried to flee to South Africa days before they eventually tied the knot.

According to The Times, their honeymoon had been spent in separate hotels, with the pair citing “practical reasons”.

Things seem to have taken another turn in the past few years.

She missed the National Day of Monaco celebrations and was admitted to a treatment facility for undisclosed medical issues and weight loss.

They have children Prince Jacques and Princess Gabriella
(

Prince Albert was pictured alone on the balcony of their palace with their children Prince Jacques and Princess Gabriella who held up signs saying: “We Miss You Mummy.”

After the Princess spent much of 2021 and early 2022 away from her family 'suffering from illness', he has reportedly acted to ensure she returns to duty.

Signing the ‘ultra-confidential contract’ she will receive £10m every year.

She returned home in March following an eight-month stay in South Africa, and a further four month break in Switzerland.

French media states Albert agreed to pay her to appear alongside him at public functions going forward.

Mrs Wittstock, 44, appeared last weekend after not being seen in Monte Carlo for a year.

"But the Princess did not return at any price," magazine Voici claimed. "She would have had her husband sign an ultra-confidential contract."

Charlene could now be contractually obliged to attend include the F1 Grand Prix in Monaco, it has been reported.

A Royal insider told Mail Online: "Of course the Princess enjoys huge perks, but ready cash is not guaranteed.

"She’s been through a very difficult time, so it would make sense for Charlene to try and secure her own guaranteed income."

Albert II of Monaco is one of the richest royals in the world with an estimated net worth of over $1billion and has been the sovereign and head of state of Monaco since 2005.

Previous : Woman reveals ‘disgusting’ reason why holidaymakers should steer clear of swim-up bars – World News
Next : Common dog toy cleaning mistake that could be making you and your pet sick – World News