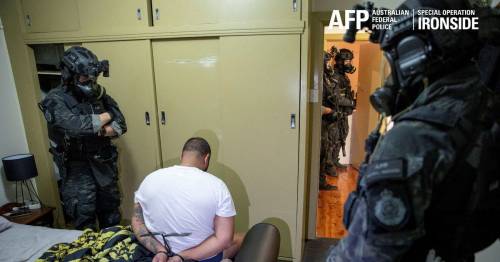 It sounds like the plot of a James Bond film – but one of the world's biggest ever crime stings has taken down hundreds of mobsters after fooling them into sharing texts with the FBI.

The audacious plan – codenamed Operation Trojan Shield – saw more than 800 criminals arrested around the world this week, with authorities pouncing on over £100million in cash, cocaine shipments, assault rifles, luxury cars and motorcycles.

British gangsters were among those arrested after European agencies joined the US and Australia in a vast international bust, tracking the crooks on secretly-planted encrypted phones for 18 months.

Cops in 16 countries were able to spy on the messages of mafia groups, Asian crime syndicates and motorcycle gangs shared on the fake messaging app ANOM.

Thwarting gangland hits and drug deals, the incredible operation was dreamed up by the FBI and Australian police over a "couple of beers" and even prevented mass killings.

FBI chief Calvin Shivers said the results were "staggering", adding: "Not only have we heard about the number of arrests and the number of seizures, but over 100 threats to life that were mitigated."

Set in motion after a former drugs trafficker was caught and used to popularise the app, the staggering sting has uncovered text messages that show hardened criminals freely chatting about enormous drug shipments.

Here is the inside story of the covert mission that stunned the underworld.

"As you know, some of the best ideas come over a couple of beers," joked Australian police chief Reece Kershaw on Tuesday.

In 2018, Aussie enforcers met with the FBI, who revealed they had secured a turncoat drugs trafficker who had been developing an encrypted phone fitted with the bespoke ANOM app. 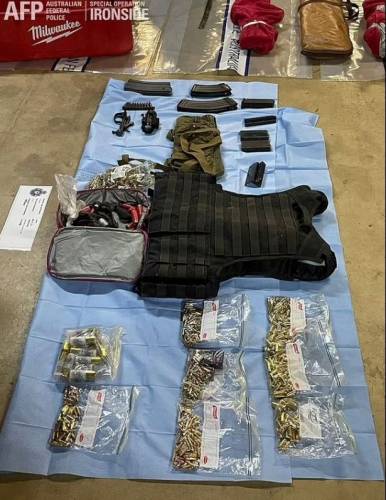 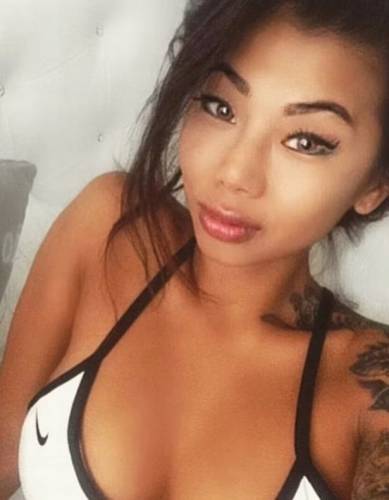 Ninja Warrior 2017 contestant Sopiea Kong was among those arrested in Australia
(Image: Instagram)

Paying him £70,000 and offering a reduced jail sentence, the spies persuaded the informant to flood the Australian criminal underworld with the devices, according to a court affidavit.

The catch, of course, was that FBI special agents and the Australian Federal Police were able to read any of the 27 million secret messages sent via the app.

The results were stunning. Every single device was found to be used for criminal activity, with approximately 12,000 crooks tricked into thinking they were hiding their plans from the law.

The devices were used across than 100 countries by 300 gangs – including some of the world's biggest criminals, such as Hakan Ayik, Australia's most wanted man.

Known as the " Facebook gangster", tattoo-laden Ayik is often snapped on social media, but is reportedly on the run in Turkey, holed up in luxury with his Dutch wife.

'We're on standby to receive the packages'

Incredible text messages released by the US Department of Justice reveal how smugglers brazenly discussed plans to ship their goods around the globe.

One reads: "I have a cargo ship with captain on side too, they want to throw over load as they leave."

Another shows an alleged drug dealer going under the alias Tom Ford discussing an apparent plot to smuggle cocaine . 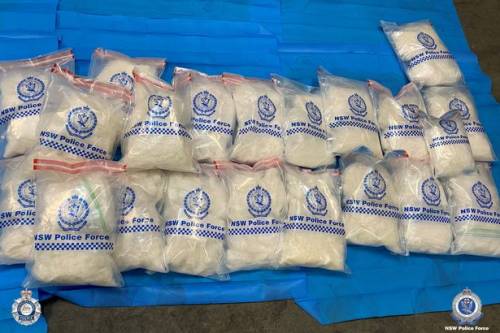 Eight tons of cocaine were recovered by police in Europe, according to Europol
(Image: via REUTERS)

"We are on standbys to receive the package today bro," Ford says.

"Tell him the two available addresses for now is the hotel and the mechanic shop. The next mechanic shop and hotel I waiting on final approval to have them on board."

The gangs – which include the Ndrangheta, a mafia crime syndicate – also sent pictures of the huge shipments of drugs themselves.

One photo shows Ford and his associate allegedly exchanging images of cocaine bricks they were trying to move from California to a car workshop in Sydney.

"We were actually able to see photographs of hundreds of tons of cocaine that were concealed in shipments of fruit," Shivers added.

'All they talked about were hits on each other'

The evidence – which even exposed arrangements for murders – was a huge coup for the police, who until now had been in the "back pockets of organised crime".

"All they talk about is drugs, violence, hits on each other, innocent people who are going to be murdered, a whole range of things," Kershaw said.

He added that one murder plot involved plans to target a cafe with a machine gun, while a family of five was also targeted. 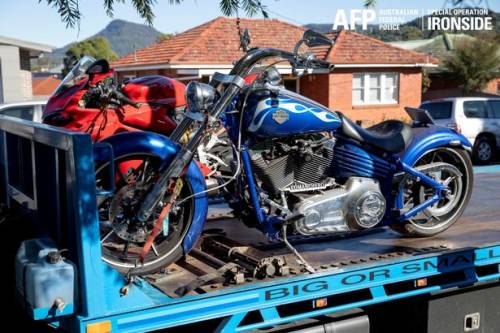 Luxury cars, motorcycles and high-end watches were also taken away by officers
(Image: via REUTERS)

It is unclear why the operation suddenly came to a head this week, but suspicions were beginning to be raised.

In March, one tech blogger claimed the app was a "scam" and was being shared with non-secure servers in the US and Australia, according to MailOnline.

"STAY AWAY FROM ANOM IF YOU VALUE YOUR PRIVACY AND SAFETY," they wrote in a post that has now been deleted.

"THEY ARE COMPROMISED, LIARS AND YOUR DATA IS RUNNING VIA USA."

Australian officials also suggested they needed to act fast to disrupt dangerous plots, and also because of legal limits to time-frames for intercepting communications.

This week's raids saw more than 800 arrests made around the world – including in Germany, the Netherlands and Sweden due to a joined operation with Europol.

In Australia, 224 people were held as 4,000 officers descended in an overnight bust.

According to Europol, police seized eight tons of cocaine, 22 tons of cannabis, two tons of amphetamine and methamphetamine, 250 firearms, 55 luxury vehicles and over $48 million in various worldwide currencies and cryptocurrencies.

The UK National Crime Agency said it had carried out "multiple operations" as a result of the sting, and that British drug gangs and money launderers were among the criminals caught.

Reflecting on the work with Europol, Matthew Donahue, deputy chief of operations at the US Drug Enforcement Administration, said: “Operation Trojan Shield and Europol Operation Greenlight not only reveal how transnational criminal organisations continue to exploit encrypted communication services for their own illicit gain, but also show the commitment of the law enforcement community to develop innovative strategies to counter this activity.

"These operations underscore the seriousness of the international drug threat and provide a strong foundation from which future investigations can be built.

"As clearly shown in this operation, transnational organised crime is a global problem that requires a global solution, strong international partnerships and timely information sharing which are critical tools in this fight.”