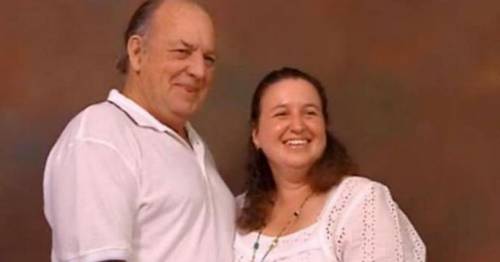 John Deaves caused a public outcry back in 2008 when it was revealed he had been having an incestuous love affair with his biological daughter, Jenny.

The relationship started in 2000 and resulted in the birth of two children. The first died shortly after being born.

The Australian couple separated in 2008 after a court ruled they had broken the law.

However, they reportedly continued to see each other until the relationship ended in 2009.

The couple made headlines again in 2014 when John’s second wife, Dorothy, revealed how she was responsible for reintroducing them.

John and Jenny were estranged prior to 2000, only seeing each other three times.

The relationship quickly evolved into a forbidden love affair

Dorothy encouraged her husband to reach out and reconnect with his daughters from his first marriage with Joan.

Jenny, who was 31 and married with children, had gone to stay with her 53-year-old father and Dorothy.

Once Jenny and John had reunited, the relationship quickly evolved into a forbidden love affair.

It was to be the end of John and Dorothy’s 12 years of marriage.

In an interview with Australia’s Channel Nine, Jenny said: "After I'd been there quite a few days I started to notice my feelings were changing and that, that I was seeing him as a man, as a person, as somebody who was loving, caring."

Dorothy and Joan had tried to break up the relationship, even attempting to involve the police.

Dorothy told Channel Nine: “We tried to split them up, her mum (Joan) and I did. We tried bringing the law onto them, but they escaped.”

The relationship eventually resulted in a court proceeding.

It comes as a man adopted at birth confessed to his wife that he was in love with his biological mum and that they had enjoyed 'mind-blowing' sex several times.

The pair from Michigan, US, had 'incredible and mind-blowing' sex after Ben wrote to his mum in search of his biological family.

Kim said they had an 'instant bond' and blamed their relationship on GSA – a phenomenon when sexual feelings develop between two family members who first meet as adults.

The term GSA was coined in the US in the 1980s by Barbara Gonyo, who founded a support group after her experience with the son she met 26 years after adoption.